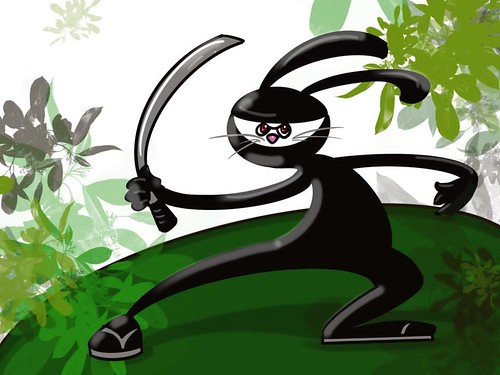 Joe the Ninja Bunny was going on a secret mission in a helicopter, but he fell out and landed in the jungle. He started looking for the beach, but he kept going around in circles.

Then he met a giant parrot. He nearly got a heartattack and started running away really really fast.

Then, Millie the Snake saw that he was in trouble and tried to save him. She came in from a tree, grabbed a stick, and held the parrot’s mouth open.

“Back off!” Millie said in a tough voice.

The parrot ran away and they went to the beach in Hawaii. Then, Bob the Robber robbed a shop.

They heard this from somebody shouting.

They tried to stop Bob but he got away on an airplane. Bob had ears the size of a snake’s whole body.

Millie slithered around the beach and found a deserted helicopter with the keys in it. 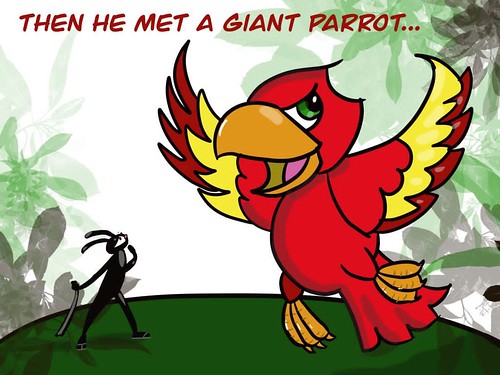 Joe and Millie were looking for a helicopter and then he saw the giant parrot again and ran away.

Then, Joe found a suit and put it on and ran into a Jungle Temple.

Joe the Ninja Bunny thought he saw something run behind him and when he looked behind he saw Nick the Bunny.

Nick the Bunny came running towards them and said, “A PARROT! A PARROT!”

The parrot was trying to get it, but they moved a boulder to seal the door tight.

But suddenly, the temple started to close in on them…