John and the Magical Dog 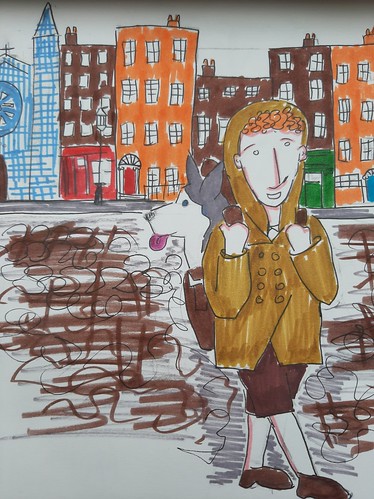 One day, John the Little Boy was walking to school when he found a dog on the streets. John had a big, heavy jacket on because it was raining.

He put the dog in his bag so no one could see him.

When he went to school, the dog was making noise and all the teachers were like “What’s that noise?” Then John asked to go to the bathroom.

He took the dog out and gave him a bit of a sandwich so he wasn’t hungry. A scary teacher found the dog because John’s bag was open.

John had to write “I will listen to the teacher forever” on the chalkboard.

Then he took the dog home and bought dog food and the two of them became best friends. They were at home and then they went to the park.

They found dog food that wasn’t open in the park. It said “Magical Food” on it. When John brought the food home and gave it to the dog, it gave him superpowers.

Then John’s mum saw Fluffy and said “You better put him in a dog shelter or put him on the road where you found him.”

Fluffy bit the mum’s leg and they both ran upstairs to the bedroom.

John said “What are we going to do…?”