Joseph and the technicolour mystery 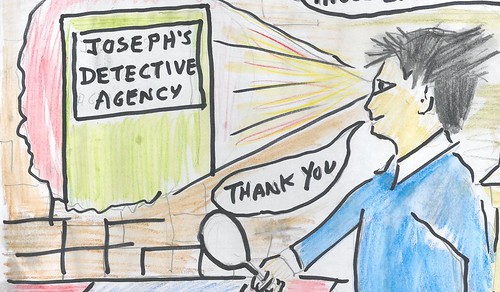 Joseph opened his eyes to find Billy the cat lying on top of him, licking his face.  Joseph groaned because he was tired.

He quickly threw Billy off his chest to check the clock.  It was 8 o’clock and he was already late for detective school, again!

He poured himself a bowl of dry cereal. There was nothing he hated more than milk.

He packed up his magnifying glass, baby powder, notebook and selotape.

It was really rainy on his way to school and he was feeling a bit sad because he was late. 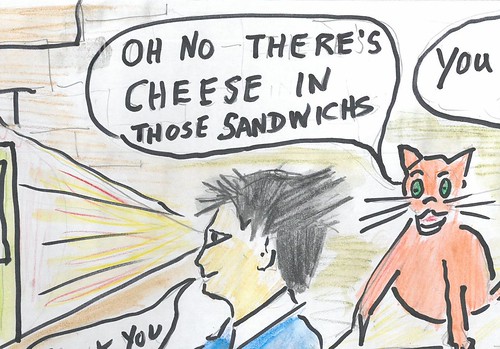 On the way, he met one of his class mates who told him that the head of school was retiring.

Joseph could feel his detective senses tingling.  He could feel the sign of a new case!

The Head Master was only 25, why was he retiring?

He went into class and took his usual place, the mouldy area at the back of the room.

The lesson was about to begin when suddenly the alarm sounded.

The principal was gone from the office and there was a note on the floor, which said:  “If you don’t give me a billion euro by sunset tomorrow, your principal is…!