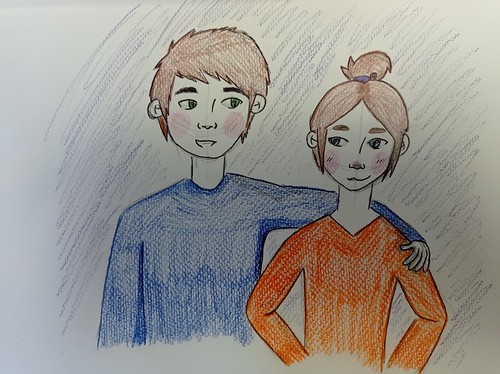 Josh was born and raised in China. He is 20 years old. One day he got a phone call from his friend Janet who wanted to meet up with him.

He has to fly to a different country to meet Janet, but he’s afraid of heights.

It is their other friend’s 21st birthday and they want to do something special.

He tried looking for a boat near him going to Japan but he couldn’t find one. He has to travel by aeroplane. He was anxious.

He was going to face his fears and do it for his friend. He went to buy tickets, but he bought the wrong tickets.

He boarded the plane and the pilot said “This is your pilot speaking. We will be arriving in Boston shortly”.

Josh decides to take a travelling tablet, to help calm him down.

He was on the window seat and he saw how high they were and he started to panic.

He texted Janet and she said that she would meet him in Boston so they could fly together back to Japan.

They were just about to land in Boston when the engine hit a flock of birds and they crashed.

Josh was trying to get off the plane and he fell and broke his legs.

Thankfully, there wasn't too many injuries. Most people survived.

Janet arrived at the airport...