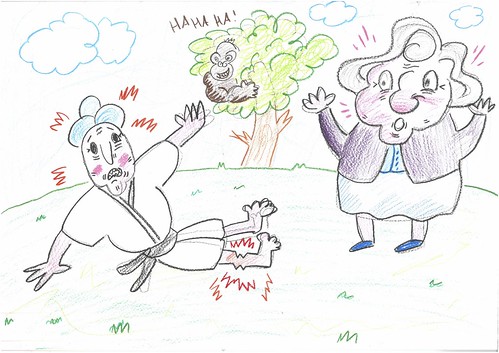 Once upon a time, Josie went for a stroll in the park, walking her dog.

While she was strolling, she got a call from her sister Patsy’s doctor, saying she broke her leg.

It was shocking that she broke her leg because she had a black belt in karate.

Josie gave her dog to a stranger in the park and ran to the doctor’s.

She went into Patsy’s room. “The doctor told me you can’t do karate ever again,” she said.

Patsy replied, “I heard of a hospital in China that fixes peoples’ broken bones, but we’ll have to travel to different countries to get there.” 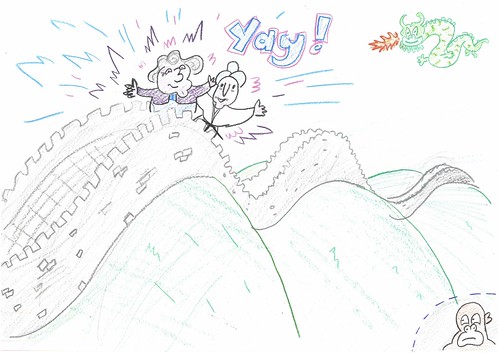 “Well, what about my business?” asked Josie. “Nobody’s looking after it, so it could easily be robbed.”

Patsy and Josie decided to travel to China. When they got there, they realised they didn’t have enough money for the operation.

They had spent it while traveling to China...