The Journey to Internet Fame 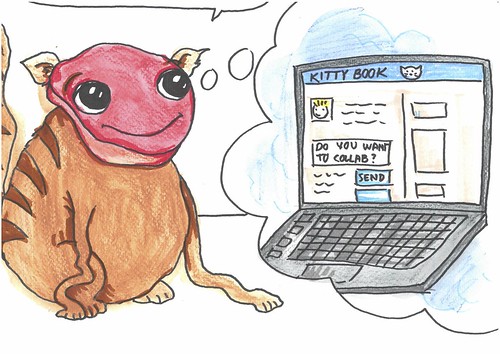 One day, Mr. Beanbag was watching YouTube videos, and realised how popular they were.

He wanted to do that himself.

He was watching videos of his friend Fearsome AJ, and he wanted to meet up with him.

He looked him up on KittyBook, and decided to message him. The message said:

He hesitated before pressing the send button. He finally plucked up the courage to send it.

Fearsome AJ replied an hour later, and said “Let’s do a Shoutout Sunday!” 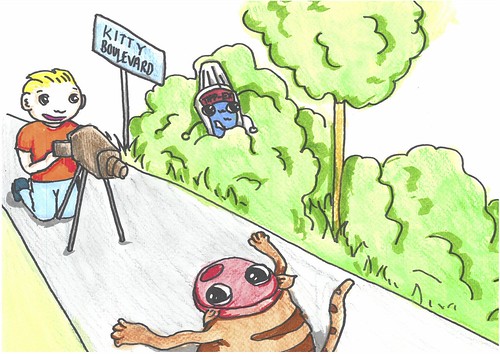 On Sunday, they met up on Kitty Boulevard. They set up a camera and started filming.

While they were doing their Shoutout and playing KittyCraft, they saw Tippex coming from the bushes.

Mr. Beanbag was afraid of Tippex because he was afraid it would get in his fur and burn it.