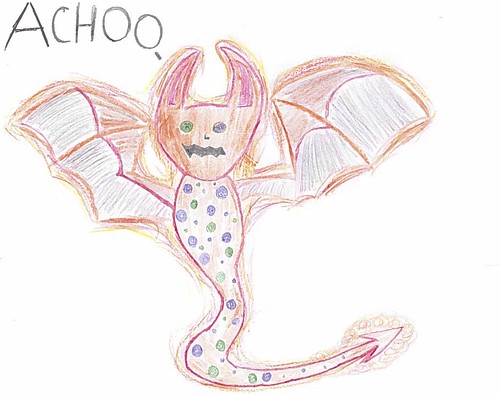 Once upon a time there was a demon called Kelly. Her best friend's name was a little dragon called Clumsy.

Clumsy would always hide in Kelly's back-pack when she went to school.

Kelly's family is evil, but she doesn't want to be like them. She doesn't really like school because she gets bullied.

One day when Kelly was walking into school a girl threw something at her.

It was a note that said “you're never going to fit in in this school!”

She started to get angry and she was about to throw fire. But then Kelly remembered that nobody knew she was a demon.

So she calmed down. She remembered her parents and that she didn't want to be like them.

Just then she bumped into Jack “Look where you're going!” he said. 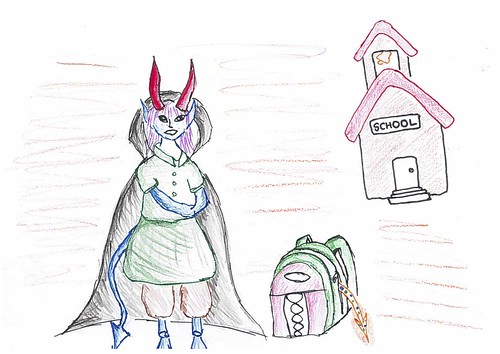 Did we mention that Kelly likes Jack?

Jack is a twelve-year-old boy in Kelly's school and Kelly likes him.

“I'm so sorry for bumping into you” she stuttered.

“KEEP YOUR HEAD UP NEXT TIME AND DON'T LET IT HAPPEN AGAIN” he said angrily.