Kimmy and the Yellow Dragon 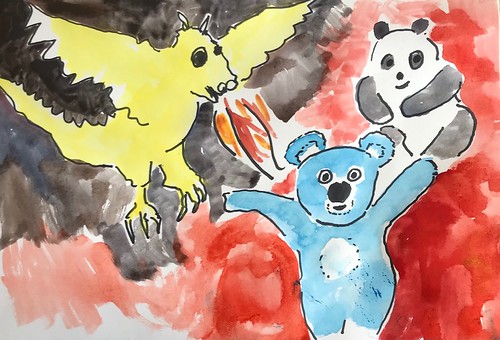 Once upon a time, there was a koala called Kimmy who could give people happiness.

Kimmy was going to her friend DJ the panda’s house when she saw a dark cave. She saw smoke coming out of the entrance and went to investigate.

When she walked into the cave, scared and curious, she saw a yellow dragon.

Kimmy screamed, and the dragon woke up in a bad mood. 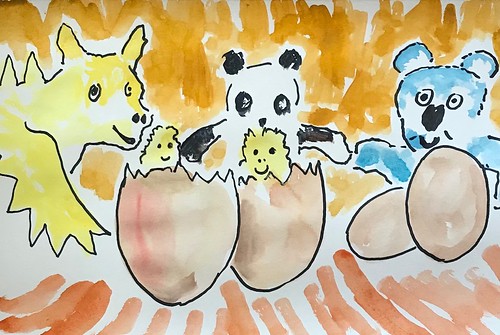 He roared and threw a fireball out of his mouth that almost hit Kimmy.

“Who woke me up from my nap?” shouted the yellow dragon in a grumpy voice.

Kimmy ran all the way to DJ’s house.

“DJ! I saw a giant yellow dragon, and it nearly hit me with a fireball!” Kimmy said in a scared voice. 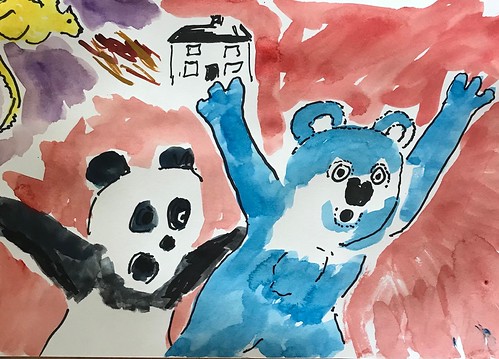 Before they could leave DJ’s house, they heard a roar and the sound of giant footsteps.

Suddenly, the dragon shot a fireball, but luckily Kimmy and DJ escaped the house just in time.

They hopped the wall and ran along the main road until they found the cave.

In the cave were dragon eggs, and they were hatching. Kimmy looked at the ceiling and saw a bat.

It put a finger to its lips and said, “Shh. Don’t wake them up.”