Lava’s First Day in the House 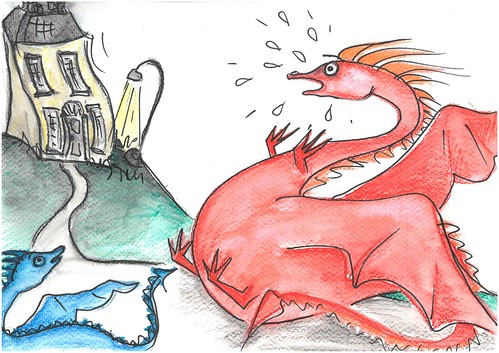 Once upon a time, there was a dragon named Lava whose greatest wish was to be a better dragon.
One day he met a baby dragon. They were walking along a meadow and they saw a haunted house.
They decided to go in.
Lava was too scared to speak!
In the haunted house there was a set of very scary looking steps.
They heard things falling and heard people stomping.
“It’s scary in here,” said Baby Dragon. 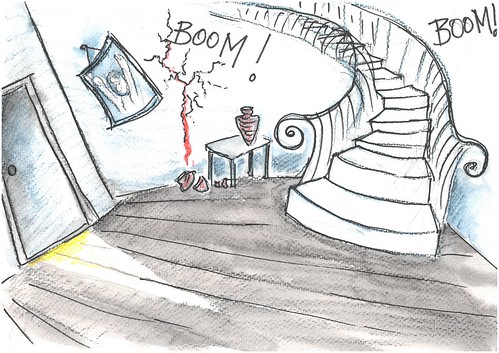 The only thing Lava liked about the house was the lava in the cracks of the walls.
Lava tried to escape but the door was locked.
They tried to open the lock but it was stuck because lava melted the nails in the door.
Then Lava and Baby Drago saw a white shadow coming out from underneath a bed…