Layla, Growl and the Haunted House 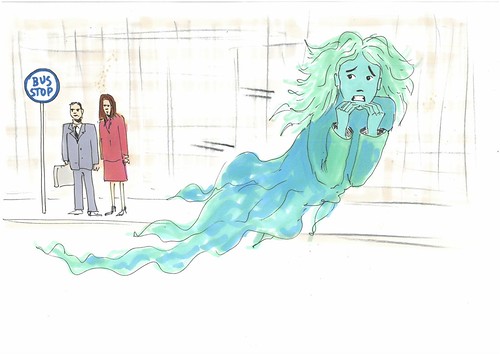 Long long ago, there lived a ghost called Layla.

Her greatest wish was to go to the outside world. She lived in a haunted house on another planet.

A witch had cursed Layla when she was little and she could not go anywhere.

The witch’s guards kept her there so she could not go to Earth.

However, the witch did not know that a werewolf had lived in the house all those years. 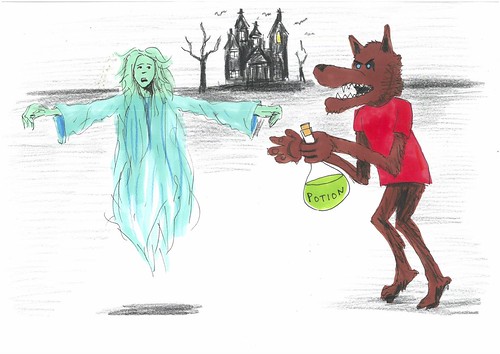 The werewolf lived secretly with Layla. She called him Growl. Growl had a potion to break the witch’s spell but he never knew what to do with it until he met Layla.

Layla one day decided she had had enough. She asked Growl, “May I have the potion, please?”

Growl threw the potion at her. It smashed off her foot. She tried to leave but she still couldn’t. The potion hadn’t worked.

The next day, Layla was looking out the window, feeling very angry that the potion didn’t work. She was staring out at Earth in the distance when she saw a human finger holding onto the window sill...