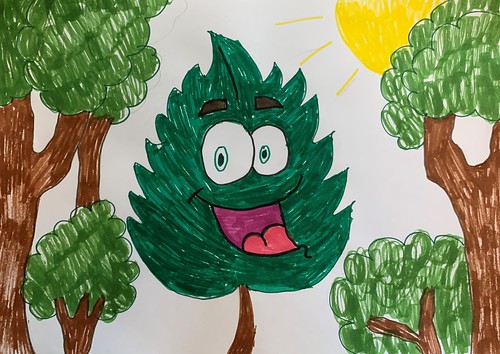 One day, there was a leaf looking for a friend. She found a friend that was a mustache.

A boy came along that hated leaves and started ripping up all the leaves in the area. She tried to escape but then she saw a caterpillar.

The mustache grew eyes and saw what happened, so he came to save Leafy the Leaf from the boy and the caterpillar.

He stood in front of the caterpillar and put Leafy behind him. 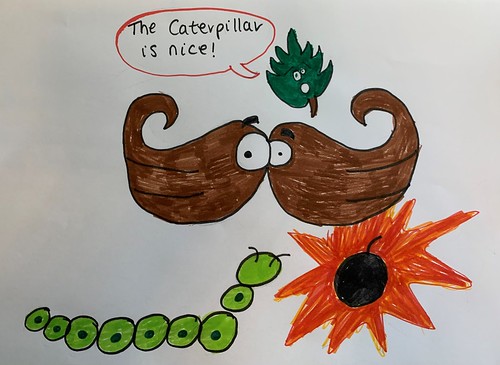 Mr Mustache told the caterpillar to go away, but he didn’t.

The caterpillar kept walking into the mustache’s legs to get to Leafy.

Then, Mr Mustache reached into his pocket and grabbed a bomb!

Leafy stopped and shouted, “The caterpillar is nice.”

But it was too late, because the caterpillar got blown up...