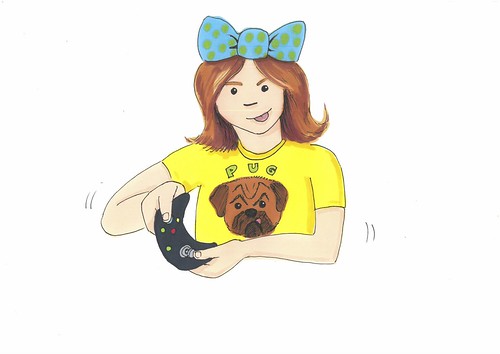 In a land before the dinosaurs -  a land full of video games - the first gamer ever to exist in the universe was Lisa the Gamer Girl.

She was fighting Jimmy the Pineapple in a nightmare. Jimmy was putting ham sandwiches in Lisa’s face.

He broke all of Lisa’s video games, and then she woke up with a start.

She got up, made a breakfast of pancakes, and then started playing video games with her best friend, The Glitch. 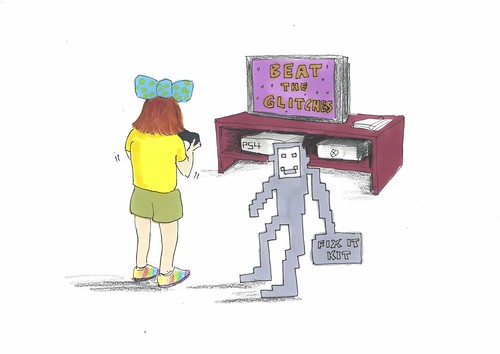 The Glitch was a pixelated boy who has powers to fix any broken video games.

Lisa and The Glitch met in a game called “Beat the Glitches.” When Lisa had completed the game, The Glitch had suddenly come out of the screen!

When it happened, she had screamed “AHHHH!!!!” super loudly.

While they were playing video games, Lisa said to The Glitch, “Can you help me make my wish come true?” 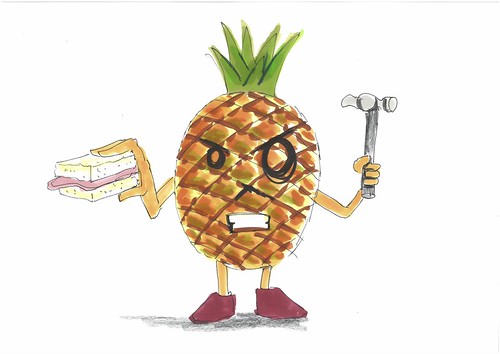 “What is your greatest wish?” asked The Glitch.

“I want to make my own video game! But I have to travel the world to capture all of Jimmy the Pineapple’s family.”

“I will help you when I get my family,” said The Glitch. So off he went.

After he was gone, Lisa heard some banging upstairs. She thought it was Jimmy breaking all her video games...