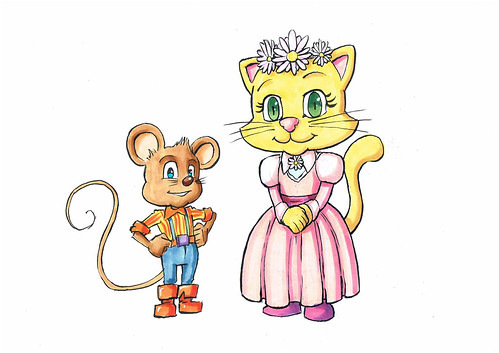 After the storm, Daisy the little girl cat found herself trapped in a hole.

As she stopped crying she turned back into herself. She looked up and saw lots of cold, dirty mud falling down towards her.

‘Oh my goodness look at all this dirty mud says Daisy.’

Now, water started to pour into the hole, and with it a stinky fish hit her on the head.

Daisy the Princess started to be buried and she really found it hard to breathe.

If I am ever going to learn how to use all my powers, it may as well be now, She thought to herself. 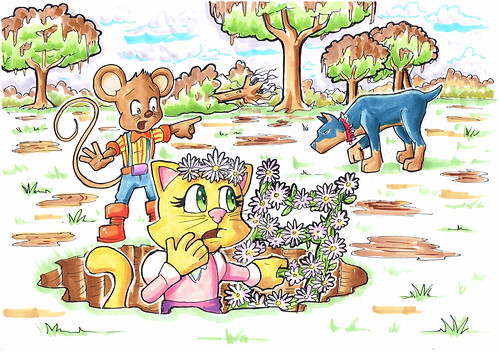 With that she shot daisies out of her paws and made a daisy-ladder so she could climb out of the hole.

She meets Squeak the Mouse at the top of the hole, and he says ‘Rocky the Scary dog is here as well’.