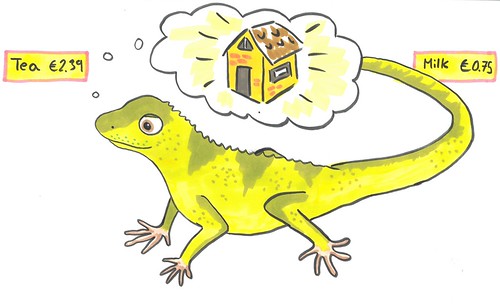 Larry the Lizard was in Tesco looking for teabags and milk. He was feeling lonely.

“If only I had a house and some friends,” he thought to himself.

Meanwhile, in Oscar the middle-aged man’s apartment, Susan the cat knocked over a mouldy carton of milk.

It spilled onto her pet lizard, turning it into a super lizard. 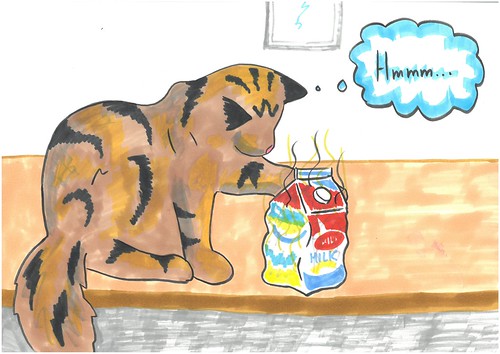 The super lizard went on a rampage. He spotted Larry on the street.

He saw a monstrous, hideous creature coming towards him. 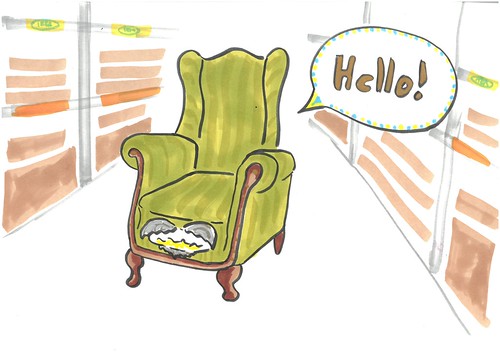 He climbed into a box and cried himself to sleep.

When Larry woke up, he could hear snoring.

“Who’s that?” he thought. He felt scared.