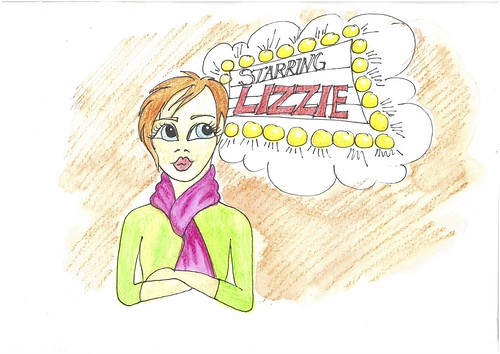 One day Lizzie was in a waiting room in a theatre. She was waiting to audition for a big role. Her best friend Robert was there to support her.

Lizzie looked around at all the other people in the room and wondered if they were as nervous as she was. Her heart was racing.

“Are you okay?” Robert asked.

The last time Lizzie had tried out for a role, someone had put super glue on the chair. When the director called her in, she couldn’t get off the chair. Everyone had started laughing.
Lizzie wanted the role really badly so she auditioned anyway, even though the chair was stuck to her bum.

She didn’t get the part. 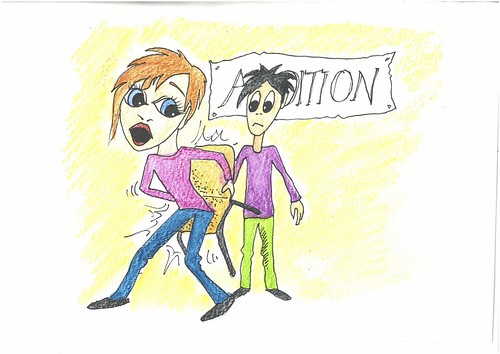 After thinking about it for a while, Lizzie came back to herself.

“That had to be the work of Megan,” said Lizzie. “She knew I could’ve got that part.  She’s so jealous of me.”

Lizzie said to Megan, “Why are you here anyway? You’re not going to get the part.”

Lizzie got up and gave a sigh of relief that her chair wasn’t stuck to her. She went out into the theatre to audition…