Llamy the Alpaca and the Lotto Ticket 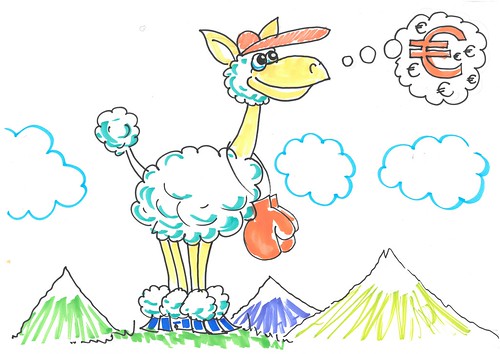 Llamy the Alpaca was a boxer who was very poor. He needed glasses but he couldn’t afford them.

Llamy had to become the most famous boxer in the world, so he really needed glasses.

He had to fight a flying pig, which was really hard for Llamy because it was his best friend, George. Llamy felt annoyed and worried. He hoped he wouldn’t have to hurt his friend.

Llamy found out a secret - his best friend was going to cheat!

George’s plan was to steal the ticket before the boxing match began. 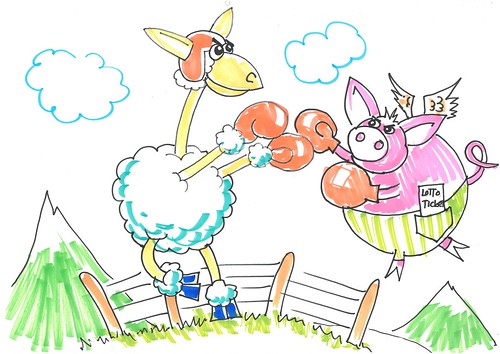 Just before the boxing match started, Llamy went up to George the Flying Pig.

“Where do you think you’re going?” said Llamy. “You’re not going anywhere with my Lotto ticket.

I know you’re trying to steal the ticket before the fight.”

Suddenly Al the Llama swooped in and stole the ticket. 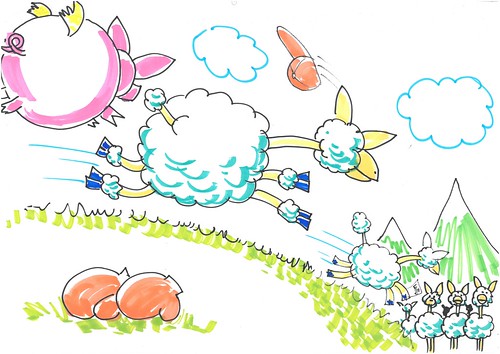 Llamy the Alpaca and George the Flying Pig chased after him.

They ran into Al’s herd of llamas, who all tried to defend Al so he could get far enough away.

While they were running after the llamas, Llamy the Alpaca had an idea.

He was going to take back the Lotto ticket and not share any of it...