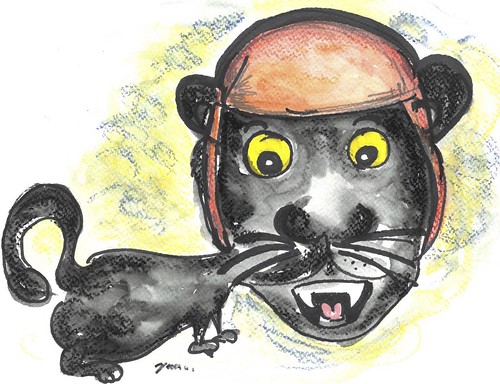 Once upon a time, but actually no, something else… one day after the New Year, there was a panther named Jeffy.

There was a problem. The pizza god didn’t like him, so he stuck a pencil up Jeffy’s nose.

Jeffy found pizza under his bed. He tried taking a bite of the pizza, but he was transported to Lollipop Land.

Jeffy was really scared when he got there because lollipops were his greatest fear.

Shortly after he arrived, Jeffy met a parrot named Maverick, who had the same fear of lollipops.

Luckily for Maverick, Jeffy knew how to speak parrot.

“Hi. Are you scared of lollipops too?” asked Jeffy.

Some lollipops came to Jeffy and Maverick and told them they wanted to start a lollipop revolution.

“Why do you want to start it?” Jeffy asked. 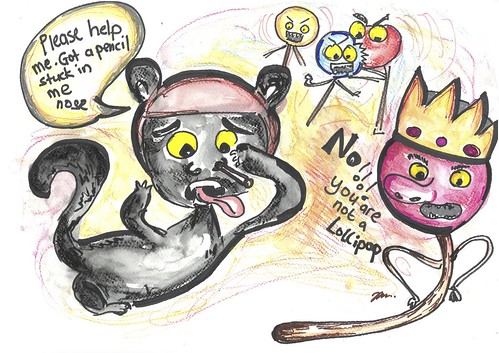 Jeffy had an idea. He wanted to get some sugar sauce and pour it all over the kingdom.

“It’s my condition that I’ll only help you with your revolution if you help me get the pencil out of my nose,” said Jeffy.

Jeffy told the king, “I don’t care about what you say.”

When he said this, the King Lollipop’s guards surrounded him and put sticky sauce on his feet so he couldn’t escape and help the others…