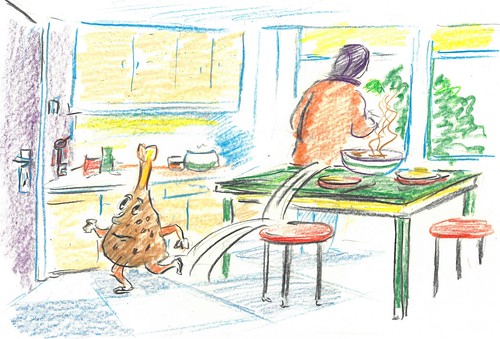 One day there was a chicken leg piece called Oreo Chocolate Ooze and he was looking for a friend.

He had survived being someone’s dinner and now he needs help.

He was trapped in the house. He tried to fly out but the window was shut. He found a key in the cupboard.

So he tried opening all the doors. He tried to open the front door and it opened.

The house was on a farm with horses. He opened the gate and let them out and jumped on one of their backs.

“Can you be my new friend?” asked Oreo Chocolate Ooze. 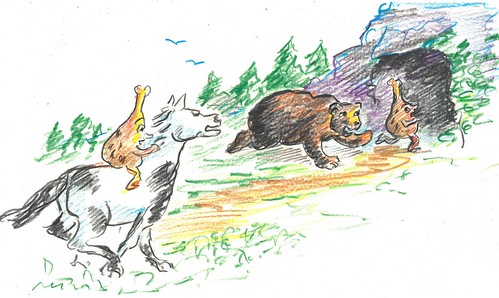 The horse said, “Sorry, I already have a lot of friends.

But I can bring you somewhere new where you can be safe and find friends.”

The horse was bringing him to a cave, but before they entered, they saw another chicken leg being chased by a bear.

The horse kicked Oreo Chocolate Ooze off his back and ran away.

He entered the cave and found a lost city of survived food. When he entered, he had forgotten about the bear who was trying to get into the cave as well...