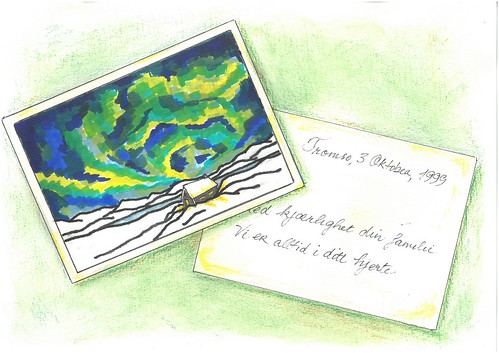 Steve was in his house on a quiet winter night.

It was raining a lot. Earlier that day, he had quit his job in an office and the bank was about to take his house.

Steve didn't mind that much because he didn't have many things left.

Steve was very bored with his life. He had decided to do something about it, but he had no money.

He went for a drive. He couldn't see anything because of the dark. The dark scared Steve, so he panicked.

A homeless man called Henry was crossing the road. Steve saw him at the last second and swerved.

He hit a lamppost. Henry saw the lamppost beginning to fall and went to help him.

"Watch out!" Henry shouted. Steve didn't respond. He was unconscious. Henry hurtled towards the car and dragged him out.

Henry was looking for a phone in the car but he found none. He took Steve to his shelter under the bridge.

When Steve woke up, he had lost his memories. Henry found his wallet and in it was a picture of his family. The family were in a house and in the sky the Northern Lights.

Henry turned the photo around and there was an address, a date and then, at the bottom, a little note that read: With love, your family. We are always in your heart, Steve...