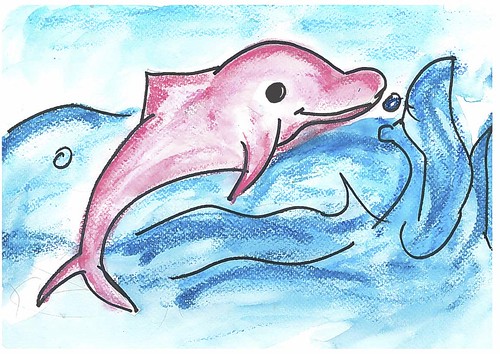 Once upon a time there lived Jessica, the Dolphin.  But she wasn't any ordinary dolphin, she was a rare dolphin, who was pink and had a heart of gold.

At the age of one she got abandoned by her parents and a group of turtles raised her.

She went to an Under The Sea party and met Timmy the DJ Turtle.

He was very kind and they became friends quickly.

There were suggestions of what songs to play and Jessica picked Timmy's favourite song, “I spy” and sang a Karaoke version, 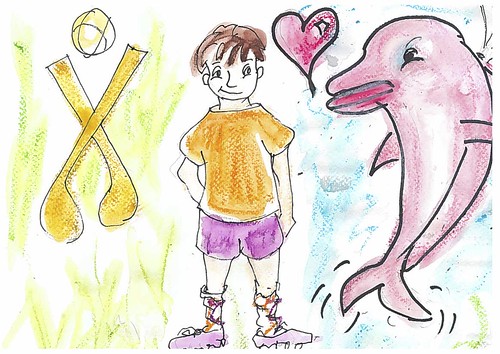 “I spy with my little eye a girly I can get, cos she don't get to many likes.”

They found out that they had a lot in common.  He asked her did she want to go to a hurling match.

They went to Susan, an evil underwater witch. She made a carriage out of seashells with sea horses pulling the carriage.

It was filled with water. Jessica couldn't leave the carriage. When the sea horses came out of the water, they became real horses.

They raced to the hurling match, before it was over.  She saw Pod, the captain of the winning team.  She felt their connection as their eyes locked. 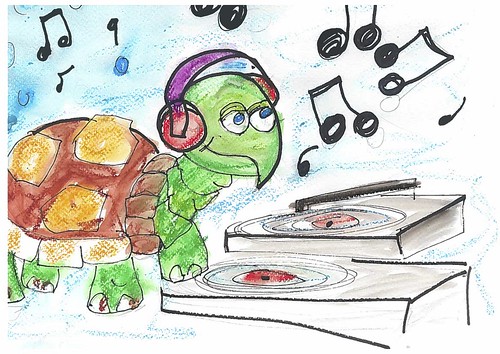 It was love at first sight.  When she gets nervous, water shoots out of her head and her tail flaps.  She was REALLY nervous and that's what happened now.

There was an awkward silence.

When the match was over, Pod walked over to the carriage.  He tried to talk to her. 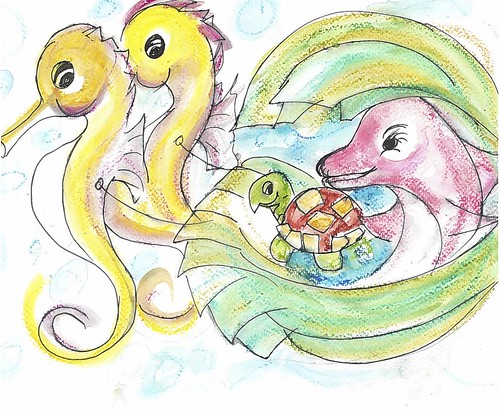 “Hello, you are sooooo pretty!” he said.

Jessica was so upset, cos she couldn't talk to Pod...