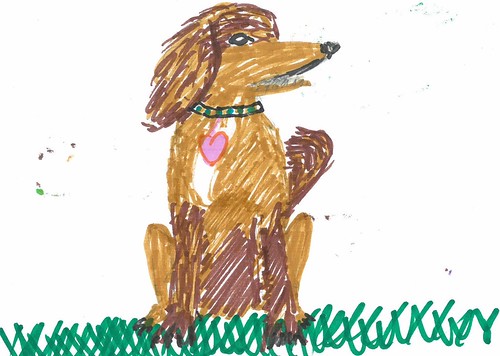 Once upon a time in the jungle there was a little puppy called Loveheart who was trying to find his way home.

In the lake he saw his friend Froggy the Frog. 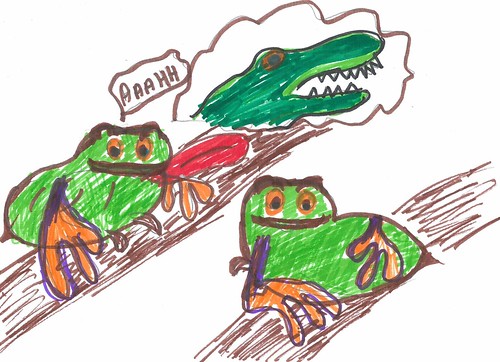 He saw that Barry the crocodile was in the water as well so Loveheart tried to save Froggy.

He shouted “Get out of the water” to Froggy, while trying to distract Barry the Crocodile.

Then Froggy used his tongue to grab on to the crocodile’s skin.

This distracted him and Froggy jumped on to Loveheart’s back and ran away. 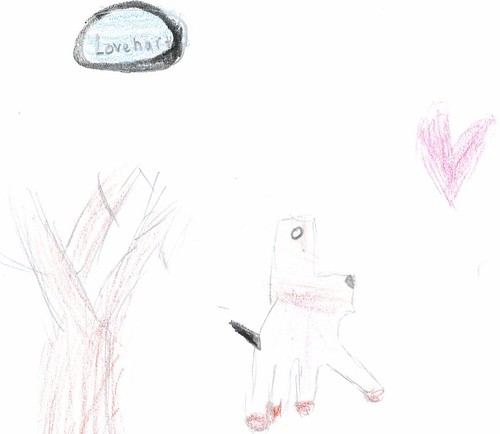 But the next day when they were still trying to get out from all the trees around the lake  they finally found an exit, Barry the crocodile was standing there…