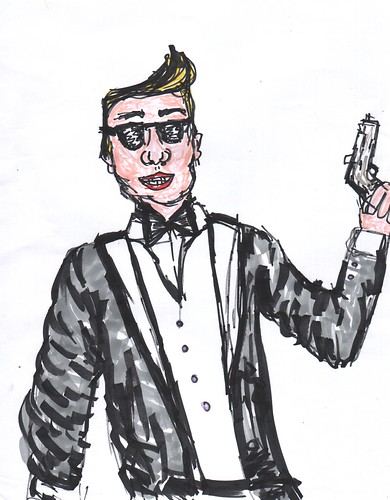 Once upon a time there was an agent called Mack Mc Trigger and he had a pistol in his hand.

Mack Mc Trigger’s greatest wish was to be able to teleport.

His arch nemesis James Blond was able to teleport and he was a better agent than Mack.

Mack was sitting on top of the F.B.I’s head and Cookie was on Donald Grump’s head.

“James Blond always wins so now it’s my chance to win,” Mack said. “But James Blond is ready to strike with every gun in the world, and teleportation,” Cookie replied.

“We should build a wall that’s very grumpy… and I think two people are talking on top of our heads,” Donald Grump remarked.

Just then, James Blond came in with a Mososaurus and destroyed the building. 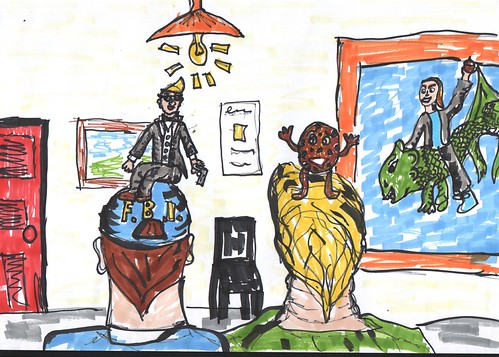 ”Don’t worry, I have a Pokemon” said Mack.