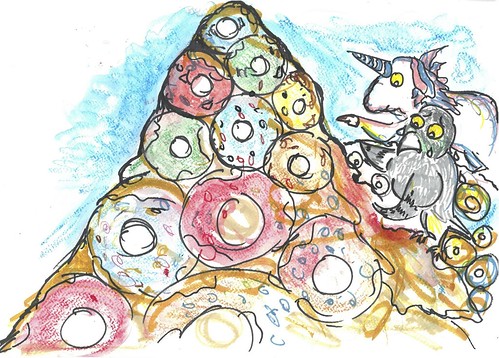 One day Pidgy the pigeon and Sparkles the Unicorn were climbing a magical donut mountain.

They were climbing to the top so that they could make a wish.

Pidgy wanted to be a football player and Sparkles wanted to wish that it would rain donuts everyday so he could eat them.

The donut mountain was very tall and the icing was slippery like snow.

Pidgy and Sparkles had been climbing for an hour and they were so close to the top.

When they got to the top they saw a giant donut man who said, “What do you wish for?”

“Oh my goodness, who are you?!” asked Pidgy and Sparkles in shock.

“I am the Donut King,” replied the giant donut man.

Pidgy and Sparkles were very excited. As they were talking, Mr Tiger came rolling down the hill to scare Sparkles and Pidgy while they were speaking with the Donut King. 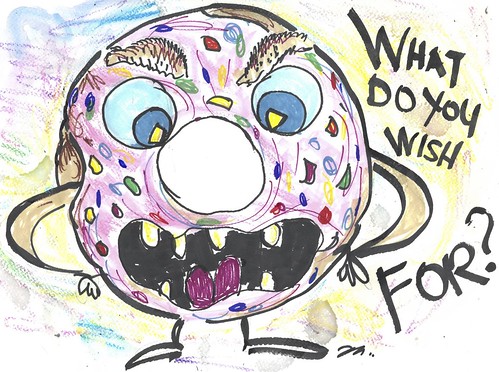 ​Pidgy and Sparkles were very scared and they ran away.

They were so scared that they jumped into a pile of jelly donuts.

It was very sticky and the two friends were stuck…