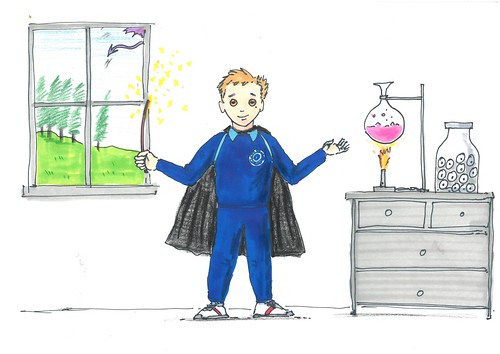 Once upon a time, there was a wizard called Jim. He always wanted a workshop to make potions, and his biggest fear was dragons.

They walked around the wizard school and they saw more students.

“I want a new workshop so I can make potions,” said Jim.

“Would you like to join me in my new workshop?” Jake asked, “It’s in the woods.”

They got on their flying motorbike and flew to the woods.

They saw a woodpecker, he was very smart.

“If you go to the shop down the road you will find bottles for potions and other cool stuff for wizards,” said the woodpecker. 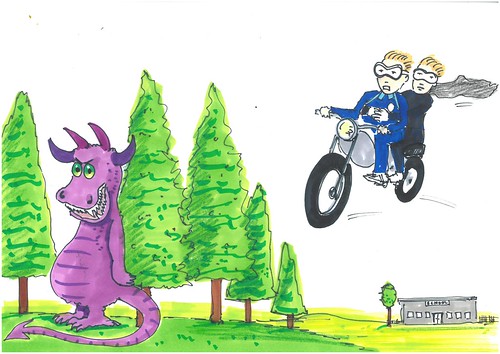 “Thank you,” said Jake and Jim.

They went to the shop on the motorbike.

There was a gaurd outside the shop and he said, “To get into the shop you need to trade something wizard-like.”

They decided to look for something to trade in the forest.

When they were walking they met a dragon hiding behind a tree.

The dragon jumped out and roared at them and breathed out fire.