The Magical Adventure of Mr. Ducky and Vladimir the Red Dragon 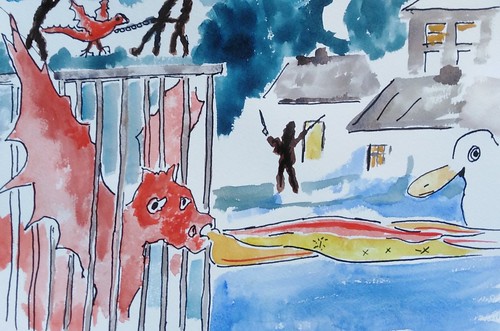 The beast awakened and the town heard him yawn. He was very mad and upset.

Vladimir the red dragon had flashbacks from when he was playing and dancing with his best friend, Mr. Ducky, when he was little.

The guards from the kingdom came and took him away when he was a young dragon aged one year.

He was still trapped in the kingdom to this day and was trying to escape the cage he was put into.

Mr. Ducky was trying to save him. He found a stick and tried to open the lock on the cage.

“Let’s plan this escape for your birthday,” said Mr. Duck to Vladimir. 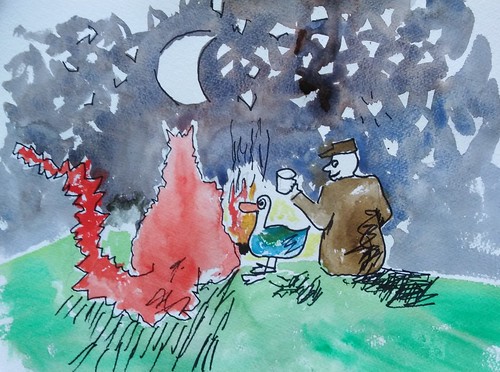 “I’m so excited about my birthday I want to be out for then!” replied Vladimir.

Vladimir had forgotten how to breathe fire and had to learn how to do it again.

Mr. Ducky was trying to encourage him because Vladimir could breathe steam instead of fire.

He had been in the cave for so long that he was starting to get cold and when he tried to breathe fire, it turned into ice.

He accidentally broke out of the cage using the ice. As he escaped a guard walked by...