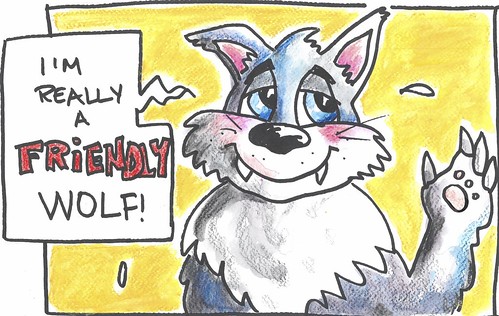 Once there was a wolf named Mags and he lived in the woods.

He had a best friend, a rabbit called Poppy, and they played video games together.

Mags the wolf was happy, but sometimes he was afraid of getting caught by the circus. 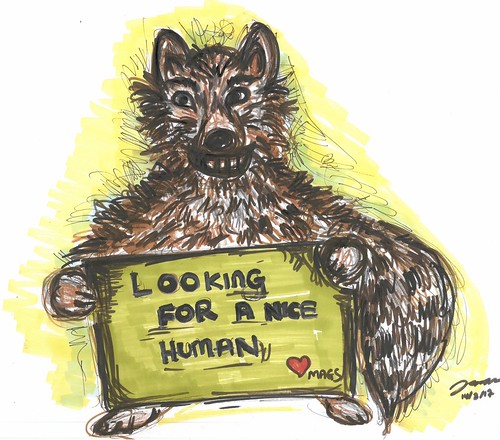 His only wish was to have a human friend.

However, he thought that all humans would be afraid of him.

One day, while looking for a human friend and also hiding from the circus, Mags came across a house.

He snuck in to the house.

The house was rusty and old.

Mags stepped on a creaky plank, and woke a human up.

The human freaked out and kicked Mags out.

Mags ran away. He was feeling sad and angry. He started to bite on a tree. 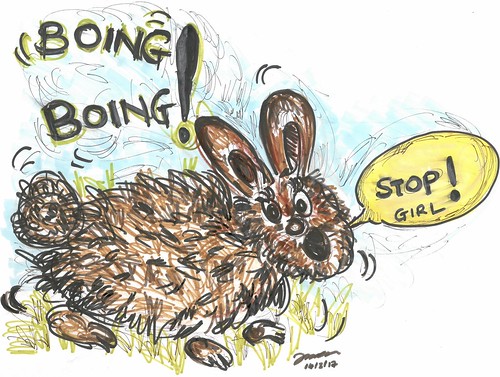 A human girl walked past and saw Mags crying.

She went over to him because she wanted to cheer him up - even though she was a little bit afraid.

It was so heavy it landed with a crash.

The human girl thought the wolf was trying to attack her, so she ran into the middle of the forest.

She was horrified by what had happened. 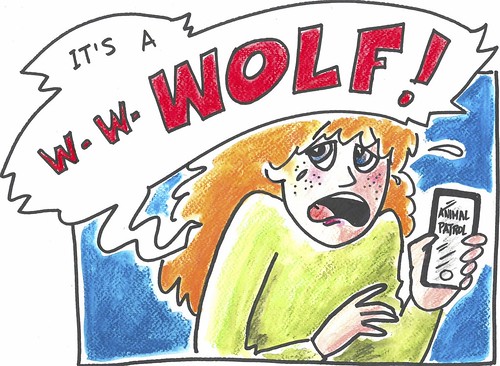 Poppy heard the tree fall and scurried towards the noise.

She saw Mags and hopped over to see what was wrong.

Poppy saw the girl running away.

The girl was talking on her phone and Poppy overheard the girl say, “Animal Patrol? Come quick there’s an out of control wolf in the forest!”

Poppy started to hop towards the girl...