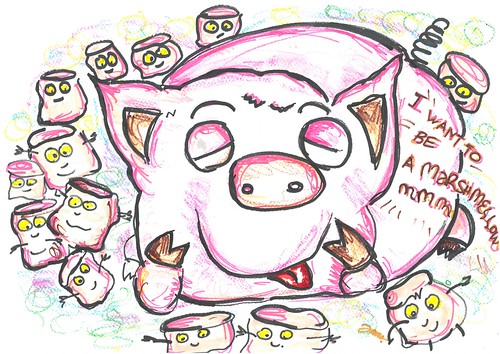 There was a pig called Stanley and he lived on Marbalow Farm.

A few years ago, an alien named Marshmallow had come to visit the farm in a marshmallow spaceship.

The owner of the farm had two kids, one boy and one girl. They were named Josh and Sophie.

The weird thing about the owners of the farm was that they were chicken nuggets.

The chicken nuggets were purple, so Stanley had to avoid them. He had porphyrophobia, which means he was afraid of purple. 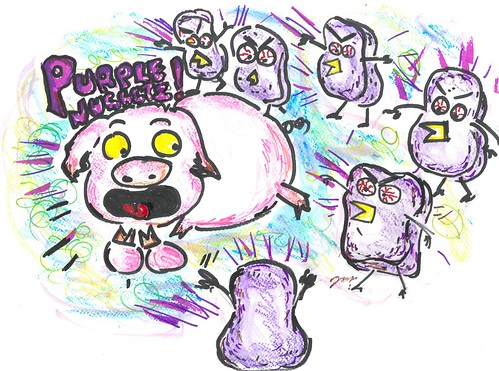 Stanley first became afraid of purple because of the purple pork factory that was right opposite the farm.

All of his family had been taken to the factory, but Stanley was able to escape before they got him.

One day Marshmallow the alien and Stanley were out for a walk.

Stanley told Marshmallow, “The one thing that I want more than anything else is to become a pink marshmallow,”…