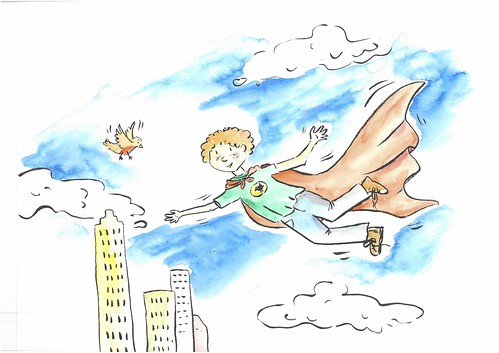 Long ago, in a city in England, lived different kinds of people. One of those people was a Superkid called Matthew.

One night, Matthew had a nightmare that his dad was lost and when he woke up he discovered it was true.

Matthew called his best friend, Robin the talking bird, and asked him, “Can you help me find my dad?” 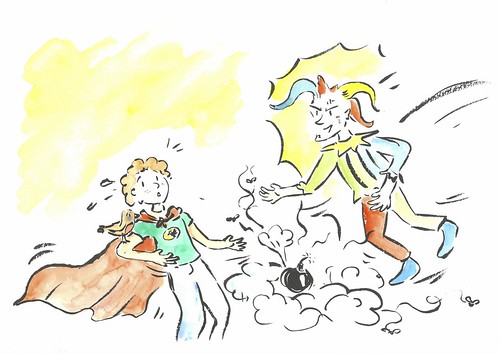 He was a bit of a scaredy-cat.

Just then, in a click, the sky went dark and the Jokerkid appeared.

He threw a stink bomb, came out of nowhere, then jumped in front of Matthew and Robin and shouted, “I will destroy yous!

My dad is with your dad in a secret kryptonite prison.”

Matthew was nervous but a bit brave.

“Where is the secret kryptonite prison?” he asked Jokerkid, while combing Robin’s hair.

Suddenly, the Jokerkid threw another stink-bomb and escaped. 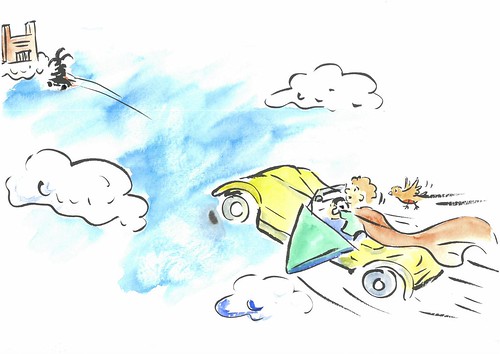 Robin and Matthew the Superkid jumped into their flying car.

They headed to the secret prison in the sky, which was in the Joker’s funhouse...