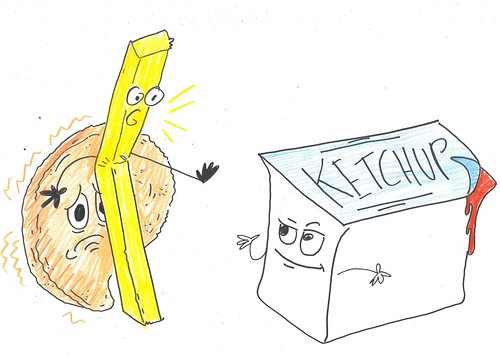 “Hi,” said Charlie the Chicken Nugget to his best friend Tim the Chip.

Tim said, “Don’t take him to the five-year-olds. That’s his fear.”

Charlie tried to escape. Tim the Chip went to KFC. 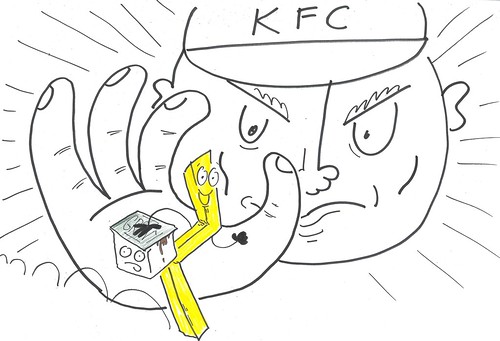 He got a tub of gravy and went back to pour it on the red sauce to save Charlie.

The KFC man came and kidnapped Tim because he stole the gravy.

Chicken Nugget Charlie decided to go out and find him.

While Charlie was out finding him, he bumped into some five-year-olds.

He saw one of his long lost brothers. 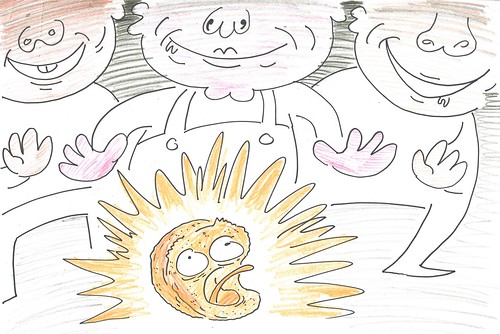 Tim managed to get away from the KFC man. He came up to Charlie and said, “Who’s this?”

All three of them decided to go look for their other brother, Chicken Nugget Chad. They went to McDonald’s and saw Chad but Ronald McDonald had captured him.

Chad’s friend, Billy the Bird flew in through the window. Chad the Chicken Nugget was about to fall into the deep fat fryer…