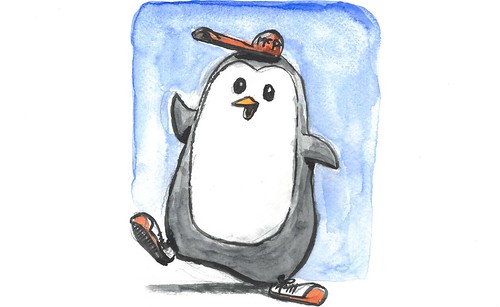 Once upon a time there was a penguin called Mc P.

All he ever wished for was a polar bear named Ewoo.

One day he was in his room sitting on his bed. He decided to go look for a pet polar bear.

On his way to look for a polar bear he met his best friend, Menue the penguin.

McP said, “Hey, I am looking for a pet and I don't know where to find one. Do you know a place?”

“I can help you find a pet!” Menue said back. “Should I come with you?” 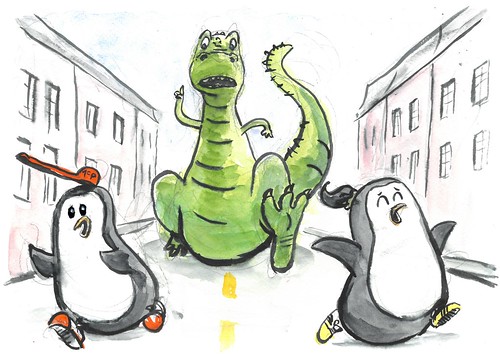 As they were walking they saw a dinosaur!

McP felt very scared because his greatest fear was dinosaurs.

The dinosaur started to chase them.

The dinosaur was running to ask them to be friends, but they thought he was trying to hurt them…