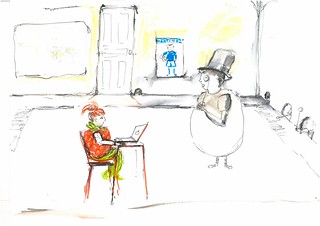 ​Rathmichael School, Shankill, 6th Class, 4th June 2015
Potato the Potato was bullied by mice in monocles. The mice were mean. It wasn’t his fault that he couldn’t be in their monocle club, because he didn’t have a monocle.

The mice were working for Bill Gates. They always threatened to mash him and put him in a stew. Luckily his best friend, Susan the Strawberry, was there to comfort him.

Potato the Potato had become friends with Susan the Strawberry when she stopped a fight between him and Oisin the Orange. They had all been in the same class in school.

Potato the Potato lived in an abandoned fox den with his family. He didn’t like it very much because he had a phobia of dirt. Nearby, there was a pototo farm and he often saw his friends shipped away. He used to live at the potato farm but had escaped.

A lot of the potatoes were sent to Bill Gates’s house where he lived with his adopted son, Shia Le Beouf. 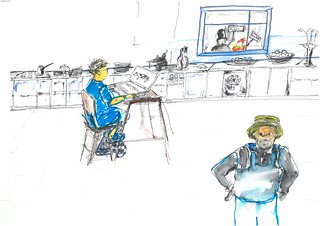 He fed Shia and his pet cow, Jeff, only on potatoes. The reason that Bill Gates had Jeff the Cow is that Jeff was a sorceror of the earth and could pick up potatoes easily.

Potato the Potato said to Susan the Strawberry, “we need to find a way to stop potato farming.”
“You said that five minutes ago,” she replied.

They tried lots of things but none of them worked.

They tried stealing the potatoes from the potato farm but the farmer saw them.

“You little strawberry, give me that potato and go away!” the farmer shouted.