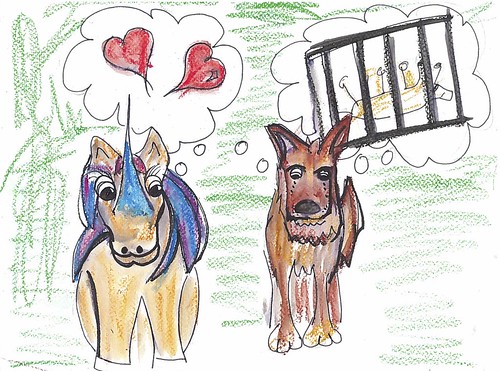 Once upon a time there was a puppy named Monty that lived in America. 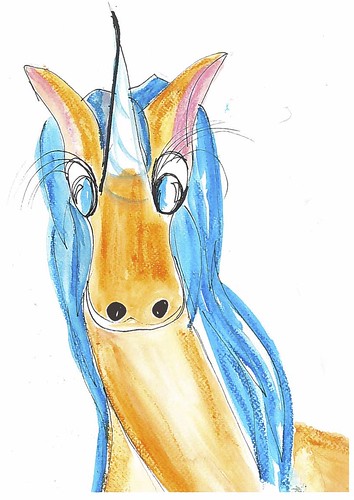 He had a best friend which was a baby unicorn called Gabby.

Monty the puppy was a German Shepard who was three years old.

He could play fetch, he was toilet trained, and he didn't bite people who annoyed him.

One day his owners stepped on him and he bit them! He was being bold and crazy.

He arranged to meet Gabby the baby unicorn at the park.

Monty said to Gabby, “How is your day going?” 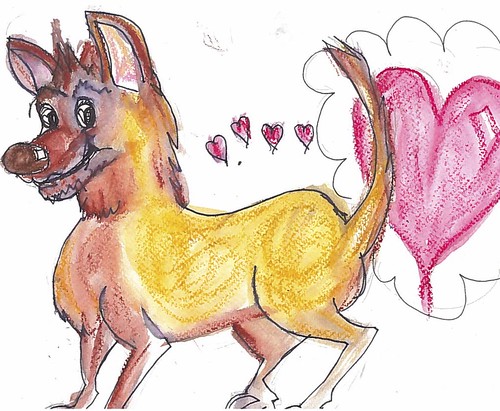 Gabby responded, “I had a good day, I was playing with friends!”

Monty said to Gabby, “My day wasn't the best. Something unusual happened.

Today I got stepped on, and then I got a bit crazy...