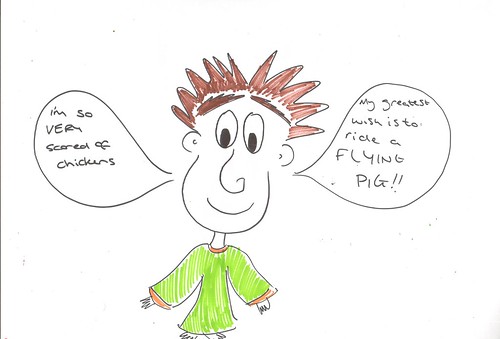 Once there was a man called Mr. Chang. He had a friend called Canning, who was a hurl with a face.

Mr. Chang is afraid of chickens, and lives in a tree house in China, in the middle of the tropical rainforest.

His greatest wish was to find a flying pig to ride on, but he had never seen a farm with a pig on it.

One day he searched google maps and found the closest farm.

When he was on the road, he saw his friend Canning playing hurling.

“Do you want to come to the farm with me?” he asked. 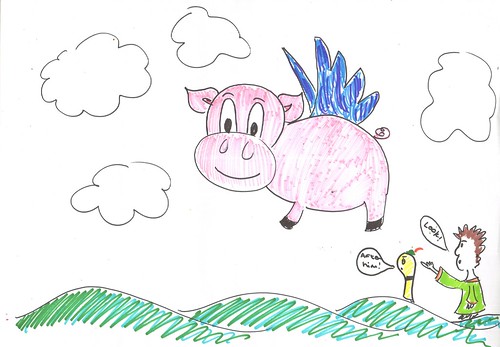 Suddenly, they saw a bird, and Mr Chang thought it was a flying pig in the sky.

“Have my dreams come true?” Mr Chang whispered to himself.

“After him!” Canning demanded.

Mr Chang stopped the car, and Canning climbed a tree. 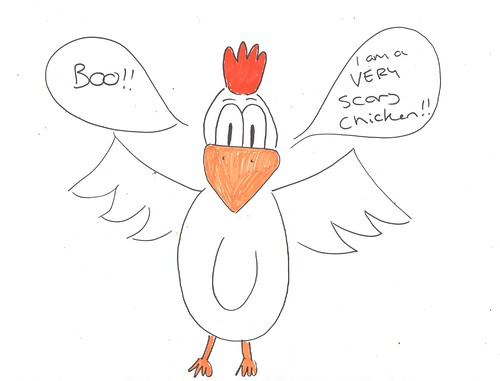 He tried to grab the bird (which they thought was a pig) but missed!

He fell off the tree and snapped in half.

“Are you okay??” shouted Mr. Chang, and tried to sellotape Canning back together again.

The thing they were chasing landed on the car, and Mr. Chang noticed that it was only a bird.

They drove on, and came to a dead end in a forest.

Mr. Chang tried to drive out, but there were so many trees surrounding him that he didn’t know which way to turn. 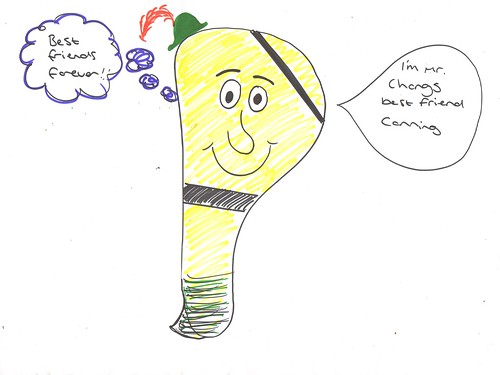 Then, his WIFI went, google maps disappeared, and they heard growling coming from the bushes…