Mr. White and The Fire Tooth 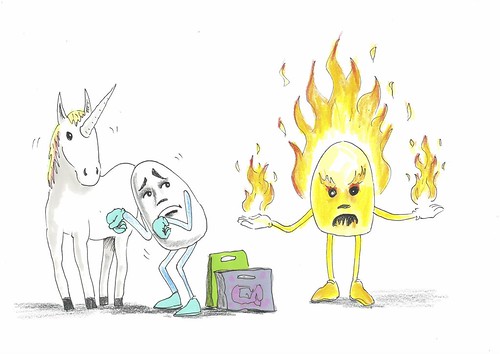 Once upon a time, in New Tooth City, there lived a unicorn named Lola.

There was also a tooth called Mr White who also lived in New Tooth City. Lola and Mr White were siblings. 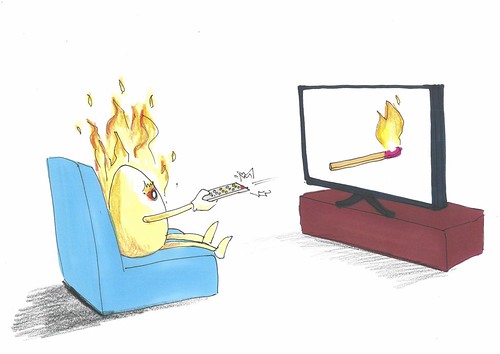 One day, Mr White was walking in the city. He saw a tooth-girl struggling with her shopping bags.

“Do you need help with your bags?” he asked happily.

“Please do!” she said happily.

As he was helping the girl bring the shopping bags into her house, he saw the Fire Tooth watching the TV.

“I would like to introduce you to my father!” said the tooth-girl. 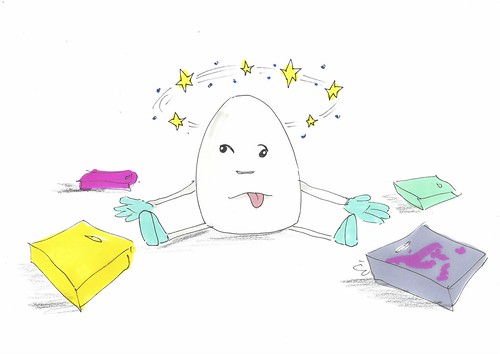 Mr White noticed the Fire Tooth was about to blast him with fire lasers. Mr White was so scared that he dropped the shopping bags, ran away and didn’t look back.

He was running so fast that he fell on his face. He became so dizzy that he thought the Fire Tooth’s daughter was following him everywhere.

Meanwhile, back at the house, the Fire Tooth turned to his daughter and said, “Go find Lola The Sistercorn....”