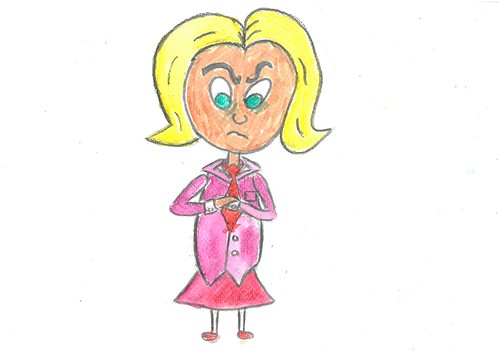 She was driving through town one day and she saw a really nice scooter in the window of a shop. She really wanted it but she couldn’t afford it.

The scooter was red and black with a Grumpy Girl head on the front. This was her greatest wish.

Mrs. Scoot Scoot really wanted it so she decided to get a job in a scooter factory.

Mrs. Scoot Scoot couldn’t believe that the same scooter she wanted was being made in the factory she worked in!

While she was working she snuck into a back room and stole the scooter.

Mrs. Scoot Scoot had no idea that her manager was her greatest fear: Wazza Wazza the Bike. He came into the back room and saw her trying to steal the scooter.

He shouted, “Give me that scooter or I’ll call the police!” 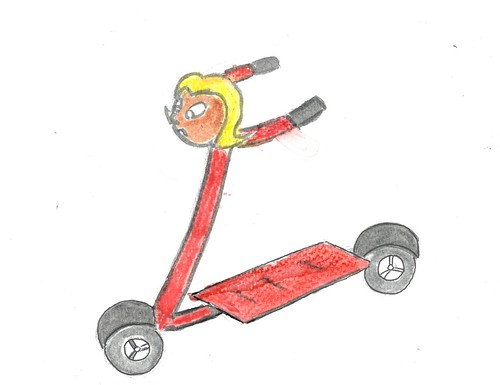 “I will NEVER give this scooter away. Scoot Scoot!” Mrs. Scoot Scoot said as she left the room.

She disappeared through a window and Wazza Wazza had no idea where she went -  but neither did she.

Mrs. Scoot Scoot kept scooting up the road until she reached a cliff.

All of a sudden the police surrounded her and she was trapped! …