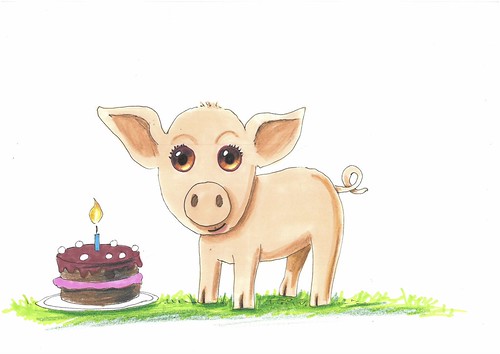 One sunny morning a hundred years ago, it was Jenny the piglet’s birthday.

On her birthday, she wished that she could become a chicken.

Jenny’s best friend Sarah the puppy gave her a chicken costume for her birthday.

The egg turned into an alligator named Tommy. Jenny also had a cake that was the shape of a chicken. 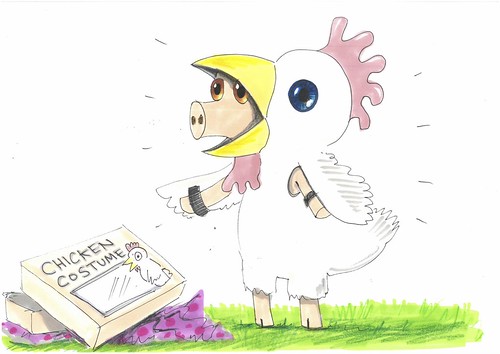 Daisy the cow gave her a pineapple with eyeballs drawn on.

Jenny was scared. “I’m scared of the pineapple. It looks creepy,” said Jenny. So Daisy the cow gave her some free milk.

Billy the sheep gave Jenny her favourite present. It was a potion that could turn her into any animal she wanted!

So Jenny decided to become a chicken...