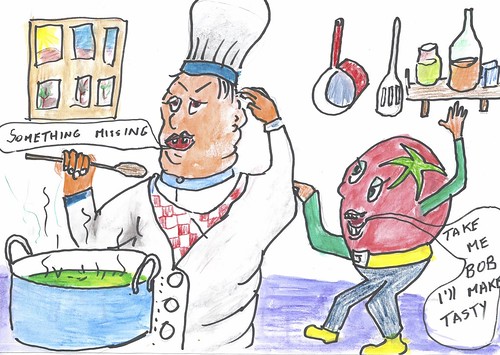 Once there was a man called Bob the soup maker and his greatest wish was to become the Manager of a famous restaurant.

But the owner of the restaurant, the Chicken Wing Monster, wouldn’t let him.

Bob would not stand up to him because of his evil side kick, Bouncing Betty, the clown.

But his friend Tom the tomato said otherwise!

“If you don’t let me be the Manager, I won’t make good soup anymore,” said Bob with his best friend Tom the tomato. 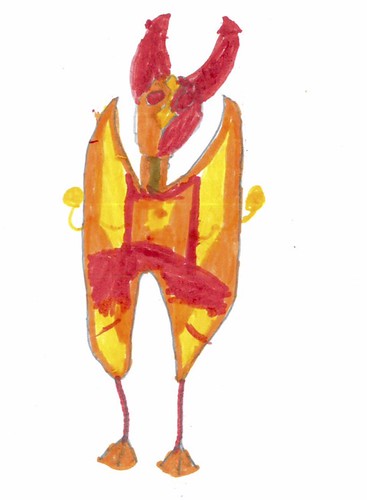 “Be quiet, or I’ll eat you Tom,”  replied the Chicken Wing Monster…