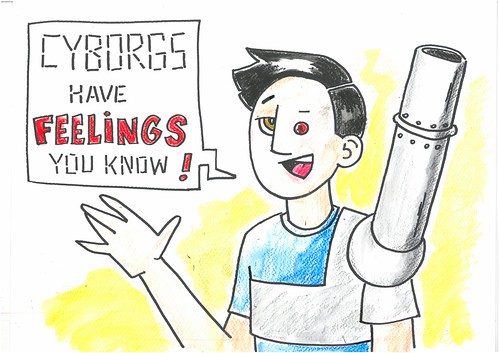 Gardiner Street Primary School, 3rd Class, 6th May 2015
In 2011, there was a battle and the cyborgs won the battle.

There was a cyborg boy named The Annihilator.

He wanted to find a spaceship so that he could go into outer space to find his crush. 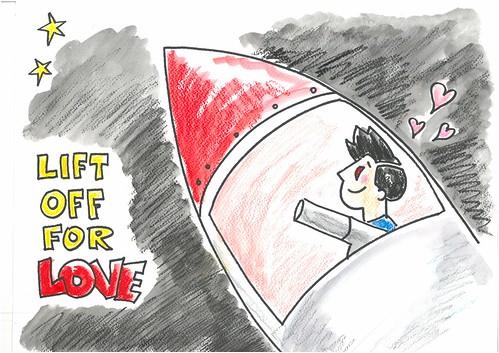 His crush’s name was Lucy. Lucy was also a cyborg.

She had a half-human, half-robot face with one red eye just like The Annihilator.

He liked Lucy because she was very kind to everyone.

The Annihilator had a best friend who was a robot dog. 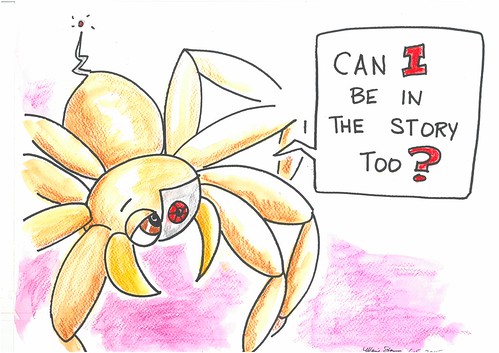 One day, The Annihilator found a black and white spotted spaceship in a cave.

The Annihilator used his metal hand as a key to open the spaceshp door.

When he went inside the spaceship, everything was pink.

The Annihilator turned on the booster engines, collected his best friend, Buster the cyborg dog and blasted off into outer space.

The auto-pilot was already set, but the Annihilator didn’t know where he was blasting off to...