The Mystery of the Lost Potatoes 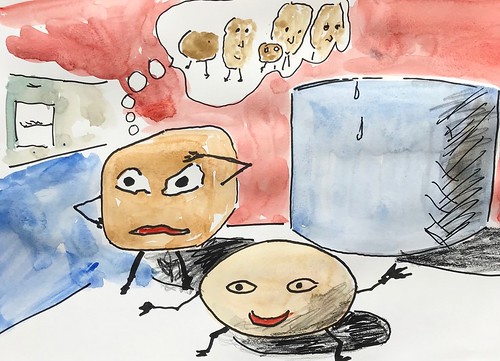 Mr. Potato was a squircle-shaped potato. He was born in a pot. Little did he know, before he could meet his siblings, they were eaten!

When he was seven years old, he went on a journey to search for his parents and siblings.

“I need to find my family, will you please me?” said Mr. Potato.

“Of course I can help you, you’re my best friend after all,” replied Chubby the Egg.

Luckily, one day, somebody accidentally launched them from a spoon and out the window.

They went to another restaurant to find help and found a map that was made out of an onion.

The only way they could retrieve the map was if Mr. Potato faced his greatest fear of turning into a chip.

Mr. Potato had to think about it for a second. 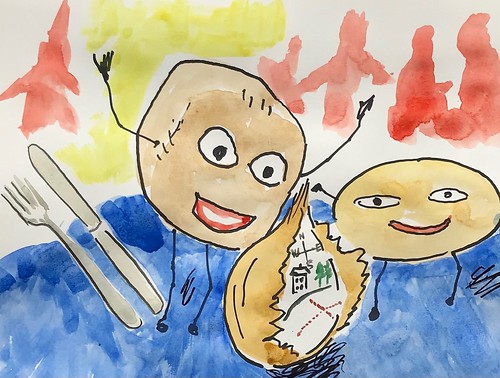 “Do you have any idea what you’re doing?” asked Chubby.

Mr. Potato and Chubby were pacing back and forth when they came across a potato that had already been turned into a chip.

It was lying on the sort of clean and sort of dirty floor.

“I know, maybe we can launch the chip through the window and it will land on the catapult where the map is, then the map will launch back at us,” they both had the idea at the same time.

Finally, they had the map and found a potato mobile that could take them to find his family.