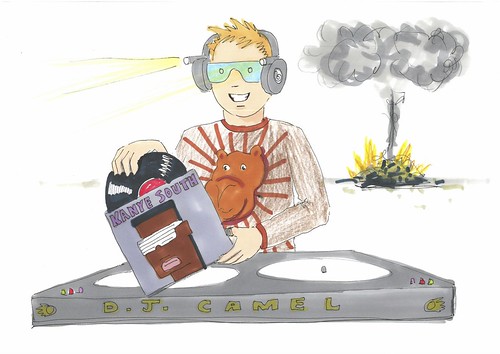 DJ Camel ran out of the pyramid in Egypt as the mob fired water guns at him.

He was with his imaginary friend, Al.

They ran all the way to Cairo Airport and hopped on a plane to Dublin.

“I wonder if they have imaginary lemonade on board for you?” wondered DJ Camel.

Just as he said that, they crash-landed in Dublin. They were scared. Al started screaming.

DJ Camel played music on his decks so hard that it forged a path through the debris. They ran away from the wreckage as it blew up behind them. 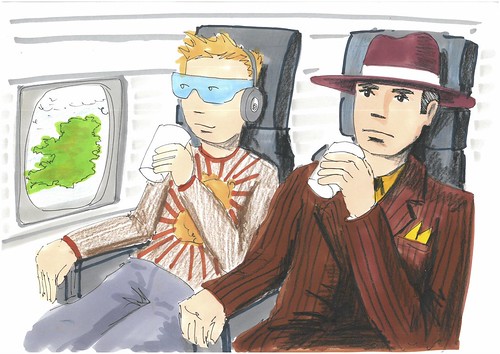 Suddenly a strange man came up to them. “What’s the craic?” he said.

“What in the name of God did he just say, Al?” asked DJ Camel.

“We have to learn Dublinese if we want to survive in this place,” said Al.

The strange man told them to go to the Dublinese Temple to meet Nanny McGregor...