The Never Ending Story of Niall and Alison 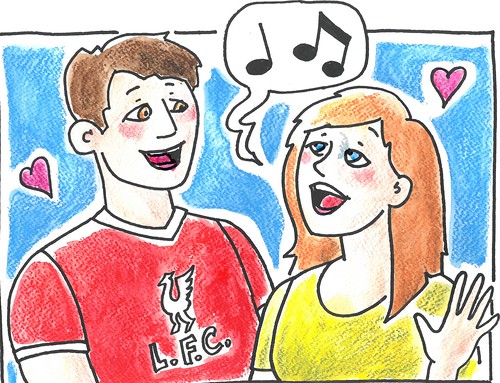 Once upon a time, in a faraway land, there lived a girl called Alison. She worked in a restaurant and she had bills to pay.

After her shift in the restaurant, Alison went to the park to meet Niall.

He was sitting on a bench in his Liverpool jersey. He was listening to Justin Bieber on his earphones.

“How are you doing?” said Alison to Niall.

Niall was happy to see her. “Hello!” he said. “How are you? How was your day? Did you get here all right?”

“I had an amazing day,” Alison told him. “Someone famous came to visit our restaurant.”

She had a shocked expression on her face and she was excited to tell him the news. 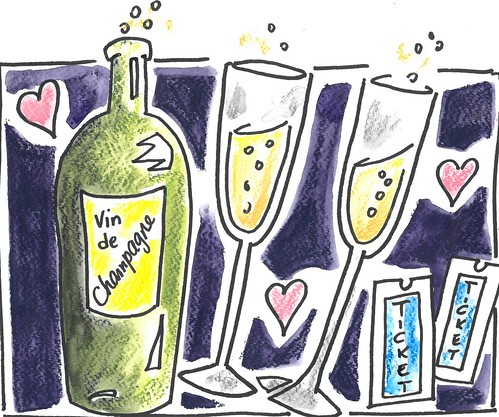 “I’ll give you a clue,” replied Alison. She started to sing “Rock me mama like a wagon wheel...”

“Nathan Carter! He really came in to the restaurant?” said Nial,l with his eyes wide like a cat.

“When he came in to the restaurant, everyone started singing!” said Alison, “And before he went back to his fans, he gave me two tickets.”

Niall asked Alison if he could go to the gig with her. It was on in the 3 Arena that night.

They were feeling really excited. They had a drink of champagne in the limo and after about ten minutes they arrived at the 3 Arena.

The venue was huge and it was jammers with people. Everyone was chatting and some were dancing.

“I’ve never been to a gig like this before,” said Niall…