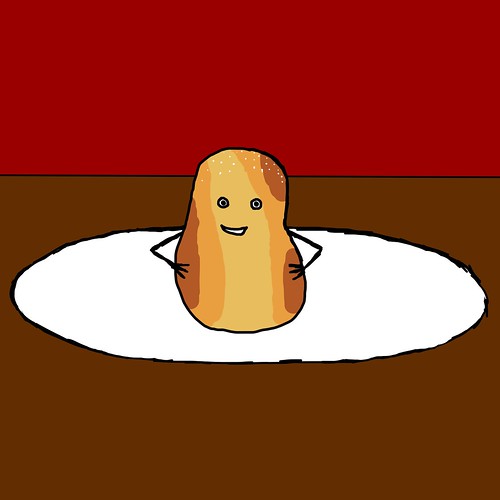 It was a sunny day in Mr. Potato the Roast Potato’s kitchen in Ireland. He was with Mr. Chicken Leg and they were about to get cooked.

The human was cooking the other roast potatoes and chicken, but Mr. Potato and Mr. Chicken Leg’s cooking time was delayed.

Then, Mr. Potato saw the human take out a potato masher.

He shouted, “Mr. Chicken Leg is this the end, I do not ever want to be a mashed potato. I want to be a roast potato!”

Suddenly the human’s kid came over to the counter and accidentally knocked Mr. Potato off.

Mr. Chicken Leg was hanging on the edge of the pot about to go into the oven.

“Don’t leave me,” he shouted before he fell into the pot.

He was so angry to see his best friend go into the oven without him. His anger caused him to run toward the oven and scratch at the door. 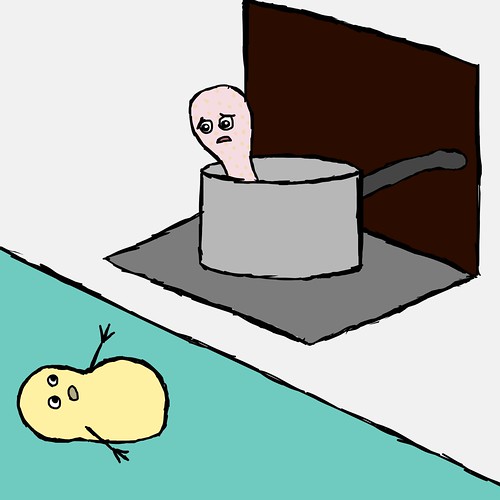 He kept on banging the door until it opened. When Mr. Potato looked inside, he saw that Mr Chicken Leg had turned into a chicken wing.

Mr. Potato screamed, “how could you do this to me, you know our sworn enemy is a chicken wing.”

Mr. Chicken Wing was trying to get out of the pot and asked, “can you help me?”

Mr. Potato turned away for a second, he felt betrayed. When he turned back he said, “it’s dinner time, I have to be there,” before he slammed the oven door closed...