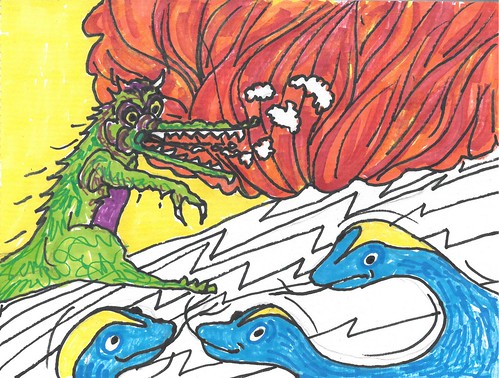 Once upon a time there was a dragon called Jaws. Jaws the dragon really wanted a friend.

Jaws found another dragon in the cave nearby and he wanted to be friends.

“Can we be friends?” asked Jaws.

“What’s your name?” asked the dragon in the cave. “I don’t want to be friends with you.”

Jaws walked away. He met a giraffe. He asked the giraffe, “Can we be friends?”

“My name is Waffles,” said Waffles. 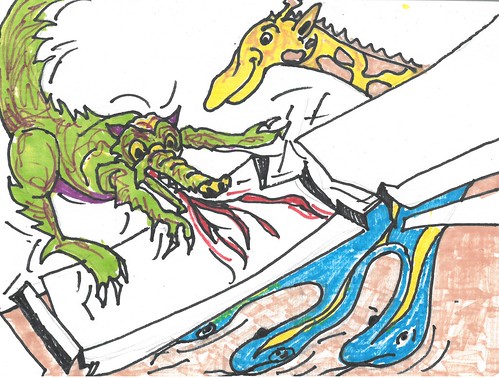 Jaws said, “What age are you?”

“Do you want to go and find some more animals?” asked Jaws.

“No,” said Waffles. “Do you want to play in the playground?”

When they got to the playground, Jaws saw a three-headed snake.

Jaws jumped on the slide and the slide broke. The slide landed on the three-headed snake...