Skip to main content
Home Stories Nidge and the Toilet

Nidge and the Toilet 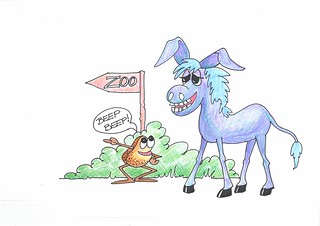 Our Lady of Victories Boys School, Ballymun, 6th Class, 7th May 2015
Nidge the donkey was trapped in the zoo. He attacked the zookeeper and stole his uniform.

A kid wanted a balloon but there were none left, so he got angry and threw a chicken nugget at Nidge, the zookeeper.

Nidge was about to eat the chicken nugget, but suddenly it beeped.

He realised it wasn’t an ordinary chicken nugget. 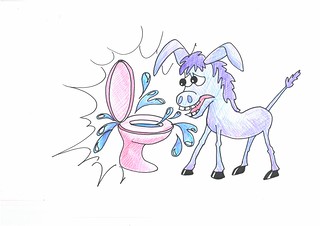 He became best friends with Philip the chicken nugget (who can walk and communicates through beeps).

Nidge created a serum that would allow Philip to speak and turn him into a donkey.

He prepared to test out his serum on Philip. He said, “Are you sure you’re ready? 3-2-1...”
Philip started to reply, “Beep Beep Beep Beep Flushhhhh!”

It was then that Nidge realised that he was face-to-face with a toilet, not a donkey.