Skip to main content
Home Stories One Pile of Bones

One Pile of Bones 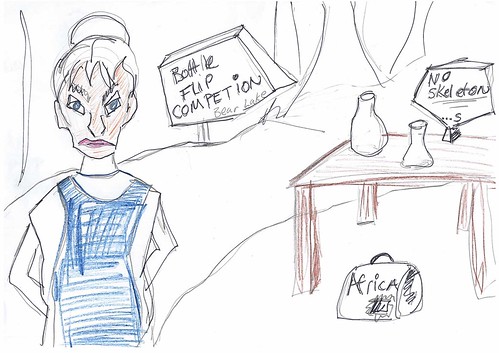 It was 1977. Bottle flipping was just made up by a random guy on the street. There was a bottle flipping competition on Bear Lake.

Skeldrik wanted to sign up for the bottle flipping competition.

He had to go to Albert Street to sign up. They wouldn’t let him sign up because he was a skeleton.

Then the very next day he asked if he could sign up again and they still said no.

Then he ran away to Africa and came back in 3036. By the time he was there, the competition was over.

He made a new song called ‘Bottle Challenge’. 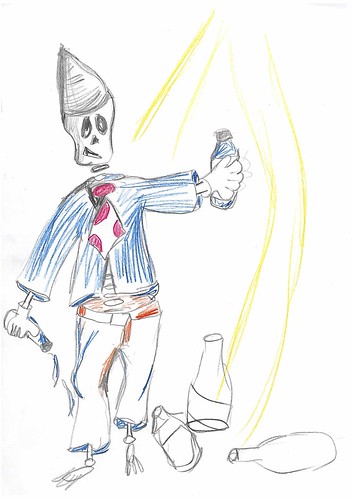 While he was making the song, his mother was trying to find him.

He met up with his best friend, God. Skeldrik said to God “Can you make another competition with me?”

God ran away and he fell into Dry Bone Valley.

He tried to get out of Dry Bone Valley but he was blocked by a load of surrounding skeletons.

He fell back in and he just went to sleep.

Then Skeldrik came along and ran after the skeletons and he got hit by a bus and some of his bones went flying.

Instantly, Chucky Cheese, the pizza place guy, came along to save him.

Skeldrik asked the pizza guy “Have you seen the rest of my bones?”

His mother found one of the bones and chased him with it.

He started running too fast and more bones started falling off him and then he was no more than a bit of dust.