Skip to main content
Home Stories One Small Step for Larry, One Giant Leap for Bob.

One Small Step for Larry, One Giant Leap for Bob. 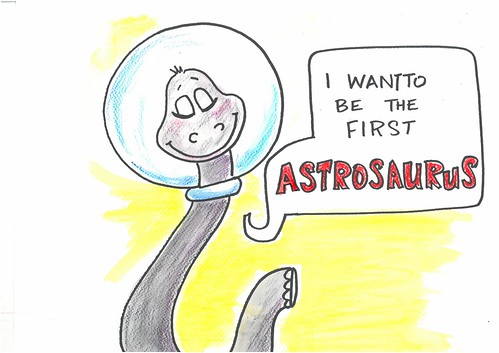 Notre Dame Junior School, Churchtown, 6th Class, 30th April 2015
There once was a dinosaur named Bob who had superpowers, and his biggest dream was to build a rocket and go to space.

He went to the space people to ask to be an astronaut, but they said that it was never going to happen because he was too big. 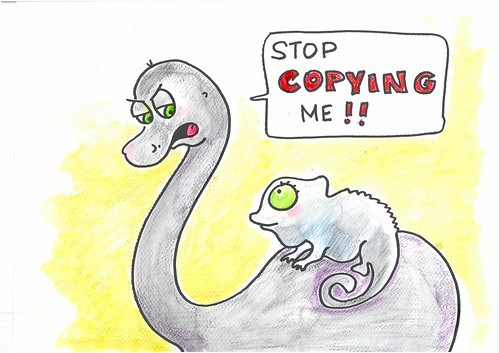 Bob began to get really frustrated, and started using his lazer eyes and roared, “Grrr, I want to go to space!”

After that he ran back to his best friend, Larry the chameleon. Bob started crying and he flooded the room with his tears.

I believe you can do it.” announced Larry, shaking his fist. 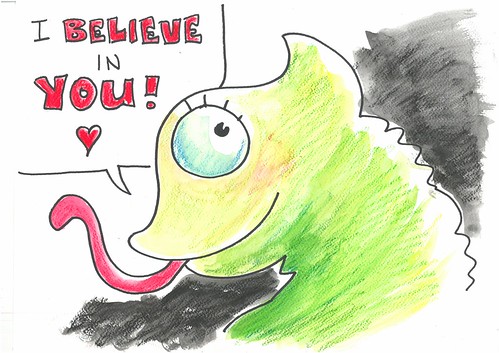 Bob stopped crying and went to the forest with Larry on his shoulder to collect the materials for the rocket.

If the space people didn’t let Bob go up in their rocket, he would have to build his own.

The only thing was, Bob couldn’t find anything to build his spaceship with, only twigs.

He went to Woodies to get supplies. Bob scared all the people out of the shop, and he got supplies and left money on the counter.

He borrowed a monster truck, but left a note and an I.O.U., saying he’d  bring them back something from space.