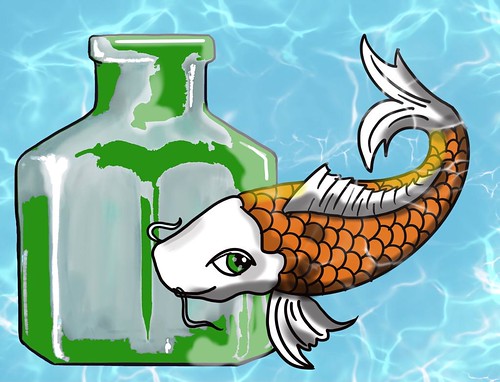 Even though he was at home, Pablo Jones felt lost at sea. Pablo was a Koi Fish and his orange scales were luminated under the sea. He lived near Hong Kong.

Pablo lifted up the rock in the sea bed from where he lived and looked on to the coral reef. He saw pink and green coral.

He also saw his best friend, Pedro the Salmon, swimming around. He was exercising.

Pedro had his headphones on and vibing to the music. “Speak up, Pablo!” he said.

“I feel bad that I lost my brother when we were playing yesterday,” Pablo said.

Pablo was determined to find his brother. “No,” he said. “I need to find my brother.” 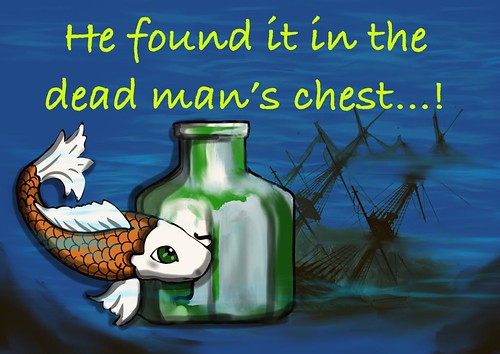 Pablo took out the big green glass bottle that he kept under his back scales.

Pedro said, “Why are you always carrying around that thing?”

Pablo replied, “It was a gift from my brother. He found it in the Dead Man’s Treasure Chest.”

The Dead Man’s Treasure Chest was from a famous shipwreck in the Indian Ocean.

The ship had sunk a thousand years ago during a kraken fight.