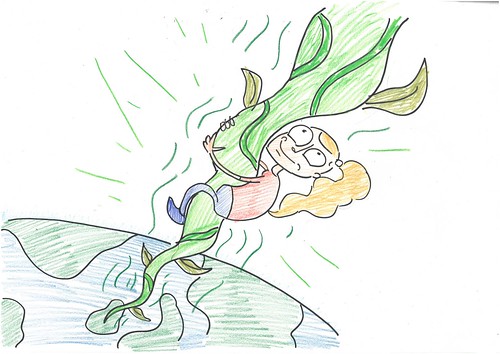 Once upon a time there two twins called Jim Bob and Jim Bob Number 2. They were identical.

Patricia’s greatest wish was to go to Mars but her mom and dad wouldn’t let her. It made her crazy.

The next day they went to school and Jim Bob Number 1 called her names. He said that her dreams won’t come true.

The next day a beanstalk grew and she climbed it and it brought her to Mars. 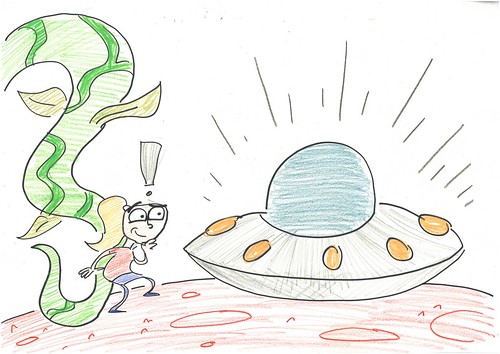 As she climbed, she saw Mars floating further away.

When she got to Mars, she saw a spaceship. 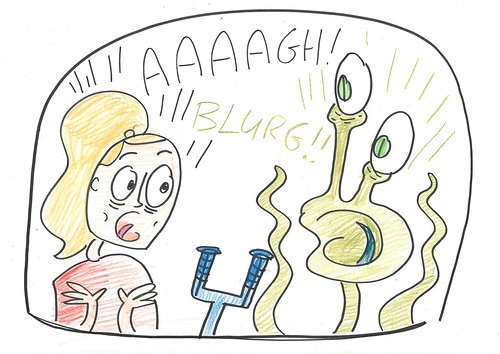 Patricia jumped into the spaceship and saw an alien.

He was at the controls and she got scared. She turned to run away.

She ran back to the beanstalk and tried to climb down.

As she climbed down, the alien followed her and screamed, “Hi, my name is Chicken Nugget!”

The beanstalk slowly started to disappear.

A salmon appears and said, “I’m going to help the beanstalk.” 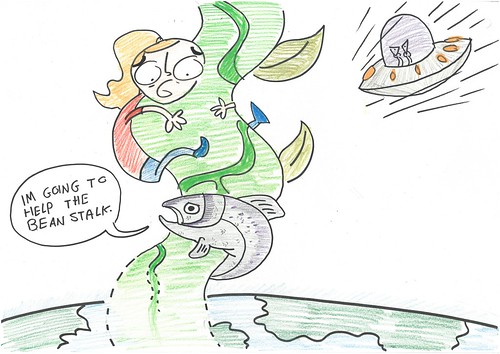 The alien was scared of the salmon and holds on tight to the beanstalk.

Patricia screamed, “Wait until I get down!”