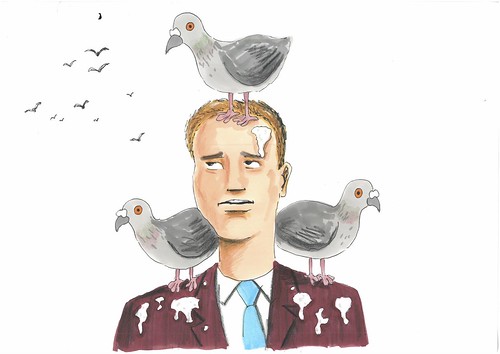 Pete fell. He was sleepwalking when he heard Degi, his blue monster best friend, crying.

He was having a nightmare about pigeons.

When Pete woke up, he thought that he was a pigeon but then he said to himself, “Naaah, that’s not real.”

He walked to the bathroom to brush his teeth. He looked in the mirror and realised he had a beak, no teeth, a bald head, and beady eyes. 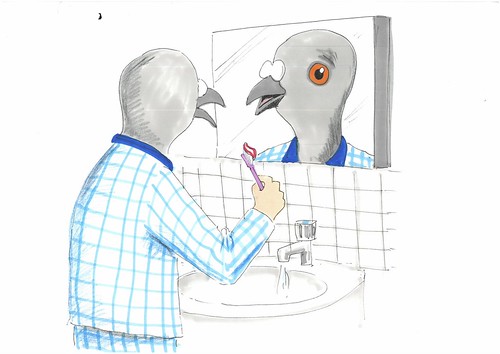 He screamed, “Aagggghhh, I’m a pigeon!!!” and jumped out the window in fear.

Then Pete realised that he could fly and started singing, “I believe I can fly.”

Just then, Pete’s wing snapped and he landed in a bin.

Then Degi walked past. He had been walking to the shop and was taking a shortcut.

Suddenly, he saw a pigeon fall from the sky and started laughing. 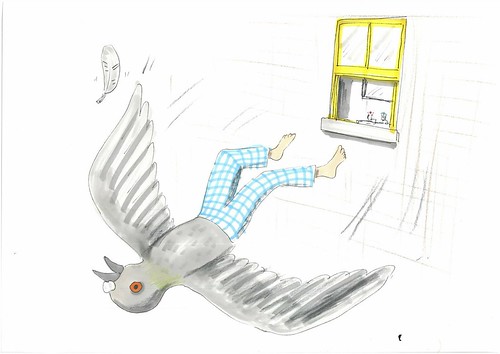 He asked the pigeon, “What does the bin taste like?”

“It tastes like a load of old gone-off salmon,” Pete replied. “Thanks for the help, mate.”