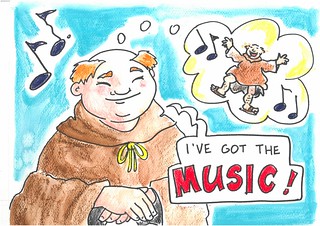 Once upon a time, there was a guy called Phil the Monk. He had a friend called Jim the Talking Cow.

Once, when he was younger, Phil saw a squirrel coming up the toilet.

Now he was afraid of squirrels.

Phil always had a dream to become a hip hop dancer. The National Championships for Hip Hop were taking place - in a forest full of squirrels.

Phil said to Jim, “I don’t know how I am going to overcome my fear before the competition.” 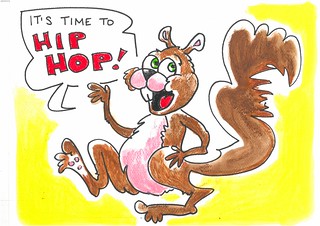 “Don’t worry, we’ll figure out a way. You can get over your fear,” Jim replied. “Why do you wanna be a hip-hop dancer, anyway?” he added.

“My parents always told me to be a hip hop dancer because it is cool.”

Phil went up into the attic to get his hip-hop clothes. He found a squirrel in the box. He screamed, but all of a sudden the squirrel started hip hop dancing.